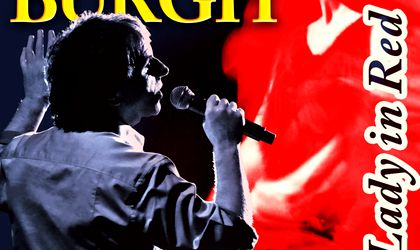 Although he conquered the world with Lady In Red, which was created in the honor of his wife, Diana, the artist will also bring other hits to Bucharest: Don’t Pay the Ferryman, Spaceman, High On Emotion, Missing You, So Beautiful sau Spanish Train, as well as songs from the latest album, The Hands of Man.

With prices ranging from RON 150, 200, 250 to RON 300 and 500, tickets are available at bilete.ro, eventim.ro, myticket.ro, startickets.ro. bilet.ro, salapalatului.ro, at the Romanian Post offices, Inmedio, Diverta and Germanos stores, as well as at the National Theatre and the Tui Travel network.

Chris de Burgh was very touched by the tragic event from Colectiv club and in this context he has sent a warm message to the Romanians: “I express my deepest regret over the loss of life after the tragedy occurred recently at the ‘Colectiv’ Club in Bucharest. I wish a speedy recovery to those injured and my deepest sympathy to the families of the victims.”

The discography of British-Irish musician Chris de Burgh consists of 21 studio albums, 9 compilation albums, 5 live albums and 59 hit singles, along with 8 videos and DVDs and one box set. His 21 studio albums consist of 17 of completely new material, 2 albums of cover versions, 1 album featuring a mix of new songs, cover versions and re-recordings and 1 consisting of acoustic versions of previously released tracks.

De Burgh announced during his Live in Concert 2013 tour that he had completed work on his 20th studio album, entitled “The Hands of Men”. Briefly describing the title, Chris explained that “hands can perform miracles, they can save lives and end lives”. The forthcoming album uses this concept as a basis for the themes of the album’s tracks. Following this introduction, Chris went on playing the unreleased “Fields of Agincourt” from the upcoming album, a song which takes inspiration from the 15th century Battle of Agincourt, between the English & French. The album was released on 26th September 2014 in mainland Europe.