CEZ Romania: over EUR 2 billion of investments in ten years 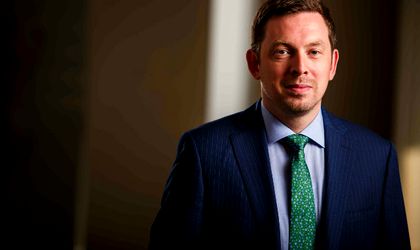 Martin Zmelik, country manager and president of the board at CEZ Romania, tells Business Review about the local economic climate over the past decade and outlines the company’s main investments and achievements since its entrance on the Romanian market.

What do its ten years on the Romanian market mean for CEZ Romania?
CEZ Romania has a decade long story in Romania including more than EUR 2.2 billion of investments and constant portfolio growth. Every year in Romania has brought new projects, new investments and solid partnership with the community. We entered the Romanian market in 2005 when, based on the sound local regulatory framework (distribution tariff methodology), CEZ decided to bid for 51 percent of Electrica Oltenia, the largest distribution company in Romania, with its approximately 1.4 million consumers.

The main objective after the takeover was to improve services for customers, while aiming for efficient, defined and optimized processes, always acting according to legislation and heavily investing in the grid (2.5 times more than Electrica Oltenia previously did). An important success factor has been our team of specialists and experts who have kept a close eye on the market’s opportunities and evolution.

Ten years after that, CEZ Group in Romania means eight local companies investing in green energy generation, distribution and the supply of electricity and related services, based in nine counties around the country, in which it has already rolled out social projects worth more than EUR 3.9 million.

What have the company’s biggest achievements been over these ten years?
CEZ was the first to implement the unbundling process on the Romanian electricity market. As a result, in 2007, Electrica Oltenia divided into CEZ Distributie and CEZ Vanzare, each with its own specific activity. Every year, targets were seriously approached and achieved. After ten years of heavy investments, the distribution grid is 29 percent renewed with top technologies mostly produced by Romanian companies and implemented by local contractors. As a result, the electricity distribution service has undergone significant improvements, adjusting to the community’s new development needs.

In 2008, CEZ entered the green energy generation field with the acquisition of a wind farm project in the Dobrogea region. In 2012, CEZ completed the largest onshore wind farm in Europe, a EUR 1.1 billion investment and a technological first in Romania, which it had started from scratch. CEZ Wind Farm has a 600 MW installed capacity, approximately 10 percent of Romania’s target of energy production from renewable sources, and comprises 240 wind turbines of 2.5 MW each. The construction site was an impressive achievement for a Romanian and international team of more than 400 specialists which built 240 foundations, 215 km of underground electrical circuit, seven substations and one transformer station plus more than 190 km of access roads.

In 2009, CEZ became the sole shareholder of CEZ Distributie and CEZ Vanzare by purchasing the remaining shares from Electrica. This was also the year when the capital process restructuring inside the two companies was concluded with positive results in terms of cost and operational efficiency.

The highlight of 2010 was another expansion of CEZ’s portfolio in Romania: the purchase of TMK Hydroenergy Power – the hydropower system north of Resita, in Caras Severin. CEZ enlarged its green energy generation assets with a group of four micro hydropower plants and the related hydro amenities with the clear target of complete refurbishment. The refurbishment project meant an additional EUR 30 million investment and a modern hydropower generating system fully preserving the cultural and historical value of the secular components (hydropower plant buildings, the dams, the channel system etc.).

Operational achievements were reflected in the financial results. 2012 was the year when the largest onshore wind farm in Europe became fully operational and also the year of the highest values at group level for CEZ in Romania.

In 2013, several client services were refined and optimized and the refurbishment project in Resita was successfully completed. In 2014, the jury of the Romanian Energy Award Gala selected the project as the best renewable project of the year. Another very important award for us in 2014 was Best Corporate Citizen for our contribution to the community’s welfare under the platform “Energie pentru Bine”.

How would you describe the development of the business environment in the company’s ten years of presence on the Romanian market?
The Romanian market is nowadays considered one of the most attractive emerging markets in Europe, in terms of potential. For the past ten years, CEZ has constantly increased and developed its portfolio, adding energy generation to its distribution and sales activity, while optimizing its processes and reaching operational excellence. We have therefore accumulated significant experience operating in the Romanian market and obtained vital know-how about the local business environment. The energy business puzzle in Romania can be easily applied to all local economic sectors sharing the same key drivers with specific roles and challenges.

In terms of stability, predictability, investment prudence and governance strategy, I would describe the business environment in Romania first of all as emerging and in the process of maturing, growing at the same tempo as the market. It can be considered transparent and EU aligned, following EU directives and business legislation in government strategies and influencing investors to act more prudently in their approach. In short, an open market of opportunities. The international crisis heavily impacted Romania between 2009 and 2011 and the effects were most obvious in cash flows, falling consumption, the value of receivables and remuneration of investments. A series of business constraints derived from the crisis had to be faced wisely by all business players. CEZ managed to surpass the crisis period by means of performance-oriented management, adjusting the business strategy to the reality of the business environment, the context of the energy market and the macroeconomic background. However, we are always looking towards constant challenges like more demanding consumers, the free market, competition and tariff liberalization by turning challenges into opportunities for success.

Which have been the company’s most important projects in its ten years in Romania?
In chronological order, I would mention the unbundling process (2006-2007), the new large optimization projects for the newly established CEZ Distributie and CEZ Vanzare (2007-2011) targeting all processes in both companies, the impressive construction site at CEZ Wind Farm (2008-2012), the refurbishment project at the hydropower system in Caras Severin (2011-2013) and last, but very importantly, the loss reduction program at CEZ Distributie (2010-2014).

How do you see CEZ Romania in ten years from now from the development point of view? What about the local economy?
I am very confident in Romania’s economic potential and progress. I believe the market will gain stability and predictability and will become a credible environment for investors. That combined with the country’s natural resources, know-how and openness towards foreign investors will turn Romania into a very attractive market for all business sectors. In the next decade, I see CEZ as one of the key players in the Romanian energy market and a consolidated integrated business in local development plans.