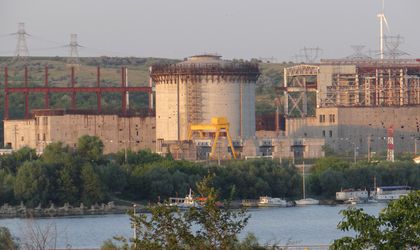 Nuclearelectrica is entering the final phase of negotiations over the construction of units 3 and 4 of the Cernavoda nuclear power plant. The reactor construction project is currently valued at EUR 6.45 billion, although the feasibility study determining the required investment is to be revised.

Currently, the two companies are in talks over the Memorandum of Understanding that covers implementation. According to a statement made to the media by Nuclearelectrica, talks are progressing as expected and an agreement is expected to be reached by end-2015.

According to the official strategy for the project’s first stage, the new project company will be established exclusively with cash contributions from Cernavoda and the selected private investor, with a ratio of 49:51 percent. Cernavoda’s initial cash contribution will be a maximum of EUR 2 million.

The company’s minimum share capital will be structured so as to allow Cernavoda and the Romanian state to fully contribute in cash to the project, and make other initial and subsequent contributions in cash.

“Negotiations are proceeding normally and reflect the importance of this step of the selection procedure. Both sides understand this and are acting to secure a sound draft, to meet the Romanian state’s long-term needs from the energy system through to the final consumer,” Nuclearelectrica officials told Mediafax. “We think that we can reach an agreement by the end of this year.”

After this, the next step is the approval of the memorandum by the General Assembly, the signing of the investors’ agreement and the founding of the new project company, “a joint venture in which the selected investor will hold at least 51 percent of the shares and Nuclearelectrica will contribute with the assets it already owns and which we should make full use of,” added officials.

In 2014, China General Nuclear Power Corporation was chosen to develop units 3 and 4 at Cernavoda – the only company to have submitted an offer to participate in the tender organized by the Romanian state last year. In October 2014 the company signed a deal with the state that heralded the start of negotiations on the Memorandum of Understanding to take the project forward.

The technology to be used in the project is CANDU 6. Using as a reference Cernavoda unit 2, it has been improved by the owner and the Romanian state to secure European Commission approval under the Euratom Treaty (which established the European Atomic Energy Community), and following post-Fukushima analysis.

The government has pledged its commitment to nuclear power. The state identified an increase in Cernavoda’s energy production capacity through two additional units as the best solution to cover the capacity deficit after 2020, technically, economically and within the timeframe, and in terms of using internal resources and existing national infrastructure developed on CANDU technology.

Plans for the construction of the two nuclear reactors, valued at EUR 4 billion, were followed by the establishment in 2009 of a new project company, EnergoNuclear, to oversee the completion of units 3 and 4. Work was expected to start in 2010. Initially, various companies were interested, such as Enel (Italy), ArcelorMittal Romania, Nuclearelectrica, CEZ (Czech Republic), RWE (Germany), Iberdrola (Spain) and GDF Suez (a French-Belgian group).

However, dissatisfied with the progress of discussions, CEZ, RWE, Iberdrola and GDF Suez withdrew their interest in late 2010 and the company is currently 100 percent owned by Nuclearelectrica. The state has been looking for new investors to enable Nuclearelectrica to reduce its share.

The Cernavoda nuclear power plant project represents an investment in low carbon emission technology, which the state sees as essential for Romania, in the framework of the ambitious decarbonization targets set at European Union level, namely to reduce greenhouse gas emissions by 40 percent by 2030. The project is part of the envisaged future energy mix in the National Strategy of Power Development for 2007-2020.

Proponents say that nuclear energy is currently one of the cheapest low-carbon electricity generation technologies, efficiently replacing the old fossil fuel power plants. The Romanian Energy Strategy for 2007-2020 also notes the importance of nuclear energy, given the limited natural gas and coal resources and the need to obtain competitive prices for electricity produced at lower CO2 emissions.

However, nuclear energy remains a highly controversial subject. Opponents say it poses serious risks to public health and the environment, and point to the many nuclear accidents that have taken place.

The Cernavoda nuclear power plant was designed with five CANDU 6-type units that use heavy water as a moderator and primary coolant and natural uranium as fuel. Works at the site started in 1980, with the intent to build all five units.