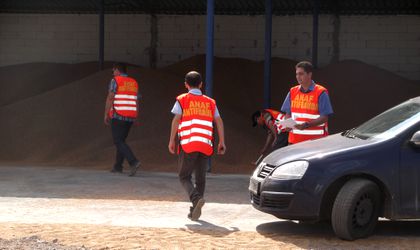 A network of over 90 companies working as intermediaries in cereal trade have caused a loss of some EUR 21.42 million (RON 96.42 million) to the state budget, according to a statement by the General Department for Tax Fraud (DGAF).

The group of firms acted as intermediary between grain producers, traders in the port of Constanta and processors on the domestic market. Investigations and 39 house searches were carried out at the premises of companies in the counties of Galati, Braila, Vrancea and Bucharest.

“In order to avoid tax obligations due for grain trade, representatives of the companies that were investigated organized a complex circuit in which 80 companies justified the quantities of cereals held by recording fictitious invoices from other 12 ghost supplying companies, highlighting false charges in order to reduce the tax base and tax obligations to the state budget,” the statement reads.

There were fictive purchases and deliveries for several grains and oilseeds, fertilizer and construction materials, necessary to create apparently lawful origins. The value of the fictitious transactions were then transferred to the accounts of the ghost companies and the money would be withdrawn during the same day from ATMs. According to DGAF, between January 2011 and April 2015 a total of EUR 78.58 million (RON 353.6 million) in cash were withdrawn.

Over 85 persons will be brought in to DIICOT Galati for hearing in this case.