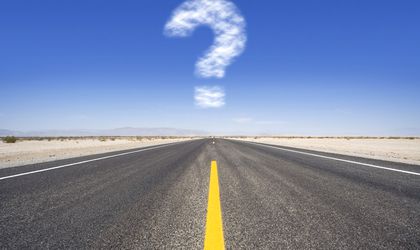 According to a report released by the European Commission, Romania’s economy is expected to continue its growth in 2016 and consolidate it in 2017, but warns that the stimuli contained in the Fiscal Code puts it at risk.

The new Fiscal Code, one of the last legacies of Ponta’s government, brings increases in the salaries of budgetary workers and cuts in a large share of taxes, taking the budget deficit to an alarming level, CE warns.

Romania’s GDP increased 3.8 percent in the first half of 2015. Though internal consumption had favorable effects on the economy, the drought that hit agriculture is expected to slow down the final economy rise to 3.5 percent at 2015 yearend.

Estimates put GDP growth to 4.1 percent in 2016, mainly due to the cut in standard VAT rate and supported by the labor market and deflation.

Inflation has entered the negative domain in June 2015, following a VAT cut on food products, which sparked the internal consumption during the following months. Inflation is expected to reach -0.4 percent in 2015, stay negative until mid-2016, but recover in 2017.

The negative result of the inflation in 2016 will come from the standard VAT rate reduction by 4 percentage points, taking it to -0.3 percent. Despite an additional 1 percent VAT cut in 2017, inflation is forecast to reach 2.3 percent on annual average. Still, possible increases of minimum and public wages tilt the risks to the upside in 2016 and 2017.

Private consumption growth is forecast to moderate in 2017 as the impact of VAT cuts fades and inflation picks up. GDP growth is nevertheless expected to remain above potential at 3.6 percent in 2017.

However, the current-account deficit is projected to expand slightly to 0.8 percent of GDP in 2015, due to an increased trade deficit. Romania’s commercial deficit grew to EUR 4.78 billion during the first eight months of 2015, a EUR 971.3 million increase year on year.

The contribution of net exports to growth is foreseen to remain negative in 2015-17, as rising domestic consumption lifts demand for imports.

From 2016 onwards, the deficit is on an increasing path, the report shows. Assuming that announced fiscal changes will be applied, the headline ESA deficit is expected to increase to 2.8 percent of GDP in 2016 on account of the amendments to the fiscal code with a deficit increasing impact of 1.1 percent of GDP already in 2016.

The standard VAT rate is set to fall from 24 percent to 20 percent as of 1 January 2016. In addition, various expenditure increasing measures were adopted, such as wage increases for teachers.

The CE forecast does not take into account the reduction of the tax on dividends from 16 percent to 5 percent already in 2016, which was decided after the cutoff date of the forecast, and the likely further increases of the minimum wage.

Assuming no policy changes, the headline deficit is projected to increase to well above 3 percent of GDP in 2017. The main impact stems from the tax cuts of more than 1 percent of GDP in 2017, including an additional cut in the standard VAT rate from 20 percent to 19 percent and the abolition of the extra excise duty on fuel and of the special construction tax.

Developments in public sector wages represent a key risk to the deficit outlook, the report concludes.