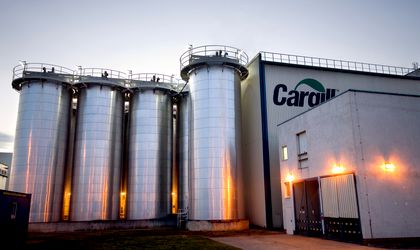 Canopus Star grain terminal in the Constanta port will be expanded following a EUR 15 million investment made by Cargill together with Transport Trade Services (TTS), the local subsidiary of the US based agribusiness giant has announced.

Cargill has a strong presence in Romania which remains a country of strategic importance for the company, said Martin Schuldt, the president of the board of administration of Cargill Oils. “We will continue to develop our local operations as we have announced before, and this project is part of our expansion plans,” he added.

Cargill bought its first local silo in 2000 and has since invested in expanding its capacity. The company has been present in Romania since 1996 and presently employs about 900 people within its 23 local branches. The company’s major businesses in Romania are grains, oil seeds and soybean meal trading, seeds, pesticides and fertilizers distribution, silo storage services, animal nutrition production, sweeteners distribution and industrial starch distribution. Cargill Romania has also invested in oil processing in Romania but sold this division to French Expur at the beginning of the year.

TTS is a local multimodal transport company with about 1,200 employees. Ten percent of the company is owned by International Finance Corporation part of the World Bank Group.