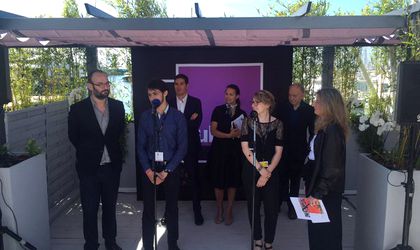 Prix France Culture Cinéma, the annual award given by Radio France Culture, was today taken by the Romanian director Alexander Nanau for his documentary film Toto and his sisters/ Toto si surorile lui. The award represents the best movie launched in French cinemas in the past year. The movie will be also available on DVD in France starting May 17.

Toto and his sisters

Synopsis: Ten year-old Totonel lives in the Ferentari ghetto in Bucharest. While his mother is serving a jail sentence for drug dealing, Toto and his older sisters Andreea and Ana share their lives with a host of uncles, neighbors, and drug users. Toto’s only escape is a support center where he catches up on his spotty education – and hip-hop dance. His teenage sisters are themselves finding their way in life with varying degrees of success.