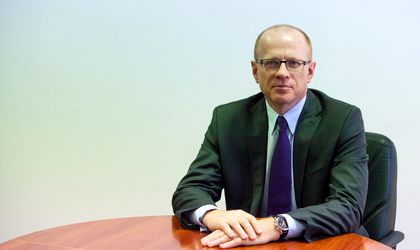 The Bucharest Stock Exchange (BVB) is aiming to launch a new platform for smaller companies and startups this autumn, similar to markets in the UK and Poland, as part of a wider reform effort to make it more accessible to entrepreneurs who want to take their firms public. However, the valuation of the companies seeking to list remains a challenge due to the low liquidity of the market.

Ludwik Sobolewski, CEO of the BVB, said that the regulation for this platform had already prepared and would be submitted for approval to the Financial Supervision Authority (ASF).

“In parallel we will start working with basically two groups of entities, potential issuers and nominated advisors, because the market will have advisory firms that will be giving assistance to issuers, as happens in London on the AIM,” said the CEO.

Started in 1995, the AIM (formerly the Alternative Investment Market) targets smaller companies aiming to raise capital for growth. There were close to 1,100 firms listed on it in May, out of which 875 were UK-based and the rest international. Its market value stood at EUR 95 billion.

He told BR the market would be launched in autumn, but the exact date depends on the ASF’s decision. Sobolewski added that he hopes to attract “as many companies as possible” to this market, without mentioning a clear target.

Lucian Anghel, president of the BVB and general manager of BCR Pensii, told BR the platform already exists, but the proposed changes are pending ASF approval.

“We want to streamline procedures, so that, for instance, you will not need to go to the ASF to create a prospectus and so on, because this increases costs,” said Anghel.

Sobolewski built a similar market during his time as head of the Warsaw Stock Exchange. He started the New Connect market from scratch in 2007, targeting small and medium-sized firms that could not afford to list on the regular market. The number of companies listed here has grown from 24 in 2007 to 439 in June 2014, including some foreign issuers.

Their market capitalization has soared from EUR 265 million to EUR 2.4 billion over the same period.

Experts say that in Romania entrepreneurs are holding off on their listing plans, fearing the pricing of an initial public offering could be too low.

“At the moment the only one listing companies is the state. We, as a firm, are in discussions with many firms about listing them but there is reluctance from those that have this type of business, caused by the market’s valuing of companies on the BVB,” Grigore Chis, general manager of brokerage firm SSIF Broker, told BR. “At present, all listed shares are greatly undervalued. Secondly, all companies trading on the BVB have very low liquidity.”

Sobolewski pointed out last week during a forum for retail investors that the daily turnover of the BVB had increased by 35 percent to more than EUR 9 million (excluding public offerings) in the first five months of this year against the same period of last year.

Reforms running in parallel with privatizations

Earlier this year, the BVB kicked off a massive capital market reform program, aiming to deal with the eight most pressing issues related to red tape and trading costs. Known as the Great Barriers Shift program, it is being implemented with the help of the government and the ASF.

Recently, the authorities removed one of the obstacles that would force international investors to use fiscal agents when buying shares in Romania.

Events suggest some of these reforms are already starting to pay off: in the recently concluded Electrica IPO, fewer international investors bought global depositary receipts (GDRs, the certificate issued by banks or depositary institutions that allow the shares of a company to be traded on a foreign market) in London.

In the IPO of Electrica, the electricity supplier and distributor, shares accounted for around 80 percent of the offering, while the rest were GDRs. The company raised last month around EUR 444 million from selling a 51 percent stake in Bucharest and London. Electrica was set to start trading on July 4 and would have a market capitalization of EUR 868 million.

“I believe it is essential now to focus on this objective of ours of upgrading the market from frontier to emerging status,” said Anghel.

“This was the largest IPO ever in Romania and it has a big chance of being the largest one in CEE in 2014,” said Sobolewski.

Romania’s previous biggest IPO was that of natural gas producer Romgaz. The company raised EUR 391 million from selling a 15 percent stake, with one third of the offering comprising GDRs.

BR asked Sobolewski what he expects will happen with the market, considering that the next mega-listing – of Hidroelectrica, the state-owned hydroelectricity producer that is currently in insolvency – could take place some time in the fourth quarter of 2015.

“I trust the government can sell something else in this period – smaller stakes in already listed companies but also smaller companies out of this privatization portfolio that are not listed. This is feasible before we get to Hidroelectrica,” said the CEO.

Anghel expressed his hopes of having higher free floats in other listed companies such as oil major Petrom. He said this would lead to increased trading volumes on the BVB.

“There will be more deals, like the Property Fund’s (FP) sale in Romgaz. I hope to see more transactions by the FP,” said Anghel.

The FP, managed by Franklin Templeton, raised EUR 147 million from selling a 5 percent stake in Romgaz last month. The EUR 3.5 billion closed-end fund has mooted a secondary listing in London later this year, in a bid to reduce the discount on its shares.

Romania is broadly in line with other stock exchanges in the region, including Budapest and Prague, regarding the costs of IPOs, according to the BVB president.

“It is not the costs (e.n. that are the problem), but the access to a pool of liquidity. Electrica has already raised close to EUR 400 million from (e.n. selling) shares locally, so we can no longer say that a company cannot raise EUR 50 million on the local stock exchange,” said Anghel.

Sobolewski added that the stock exchange is “extremely expensive” when it comes to secondary trading and that the fees would be decreased by the BVB in the near future, following a move by the ASF.

However, Chis of SSIF Broker suggested that once the ASF and the BVB begin to cut costs, this cannot be stopped.

“At the moment, we brokers have commission of around 20 percent of what we had in 2007,” he said.