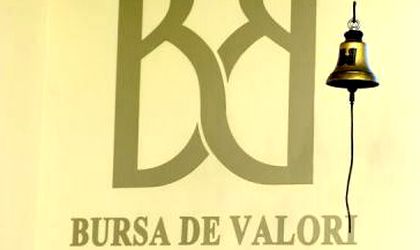 The Bucharest Stock Exchange (BVB) has started the year on a declining trend, more pronounced than most markets in the region, according to the company’s market report for the regulated market. In January the main index of BVB, BET, dropped by 10.5 percent, while the Austrian Stock Exchange index registered a 7.92 fall and Croatia followed with a 3.88 percent decrease.

BET Total Return (BET-TR) ended January with a similar decline as BET. The BET-TR index reflects the evolution of the ten most liquid stocks listed on the Bucharest Stock Exchange, included in the BET and dividends distributed to shareholders by these companies.

The value of transactions with shares climbed in January by nearly 4 percent, to RON 631.82 million (EUR 139.41 million) compared to December 2015. Turnover of shares was, however, approximately 11 percent below the level recorded in the same period 2015.

Average daily trading value stood at about RON 32 million (EUR 7 million) in January 2016, close to the value recorded in December 2015.

In January 2016, investors traded in total shares, fund units, bonds and structured products for RON 770 million (EUR 170 million), up by 1.6 percent over the amount recorded in the same month last year.

In December, the five most traded shares were: Fondul Proprietatea, Banca Transilvania, Romgaz, Electrica and BRD-Groupe Societe Generale, with a total value of more than RON 450 million.