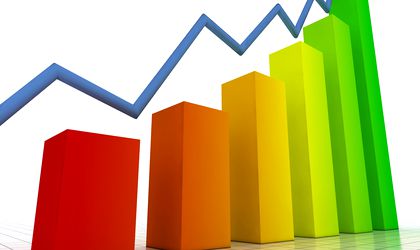 According to the business tendency survey of September 2015, managers of manufacturing enterprises forecast a moderate growth of the production volume (7 percent) for the next three months, show latest data from the National Institute for Statistics.

Regarding the number of employees, a relative stability is forecasted, the balance being +1 percent per total manufacturing.

The volume of construction activity for the next three months is expected to decrease moderately (8 percent), as is the stock of contracts and orders (9 percent).

Managers also forecast a relative stability in the number of employees (‐5 percent) and in the prices of construction works (+1 percent).

In the retail trade sector, managers estimate a relative stability in the economic activity for the next three months, with a slight 2 percent rise.

A moderate increase in the number of employees (12 percent) if forecasted, while the volume of orders placed by trade units to suppliers of goods is expected to drop by 13 percent.

While managers of trade companies estimate a relative stability of retail selling prices (+2 percent), the demand of services (turnover) is expected to see a moderate growth in the next three months (11 percent) with stability in number of employees in the services sector (+1 percent).

According to the managers’ opinion, the selling or invoice prices of provisions will have a trend of relative stability (0 percent).

Business tendency surveys are qualitative surveys, whose purpose is to analyse the evolution trend of short and medium term economic indicators, based on the estimations of the companies’ managers regarding the evolution trends of economic activity.

Four Great Reasons Why You Should Consider Buying an Existing Business