Business and building owners to be fined for not removing snow, Bucharest mayor warns 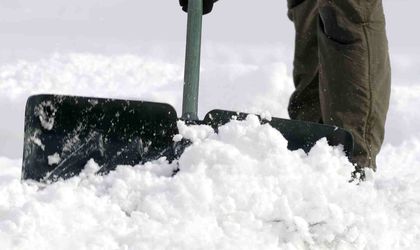 Bucharest’s interim mayor Razvan Sava announced that business and building owners who do not clean the snow in front of their stores within 24 hours after the snowfall stops, Mediafax informs.

He stated that sanitation operators need to focus on priority zones first, such as hospital access streets, ambulance stations, bridges, slopes and overpasses, followed by streets used by public transport vehicles and secondary arteries. Police representatives will check priority zones first and fine people who do not comply.

According to a decision of the General Council in 2010, owners of buildings or commercial premises are obliged to remove snow from sidewalks, ice and icicles formed on the perimeter of buildings they own, within 24 hours of the cessation of snowfall. Fines for non-compliance are between RON 200 and 500 for individuals and from RON 500 to 2,000 for legal persons.

The Bucharest City Hall has provided dispatcher numbers 0800.800.868 and 021.9844 for signaling potential problems caused by snow or frost, and the presence in the streets and staircases of homeless people to be taken to social centers.

Over 40 shelterless people have been taken to such centers during the last days, according to Police representatives.

Snow is expected to fall on Tuesday also, with up to 10 centimeters in Oltenia and Muntenia and ice and mixed precipitation in Dobrogea and South-East Muntenia. Temperatures will maintain below zero in Bucharest also until Wednesday, when they are expected to go slightly up.

Police representatives will also fine drivers who do not equip their cars with the appropriate envelopes and road administrators who do not intervene for snow removal.