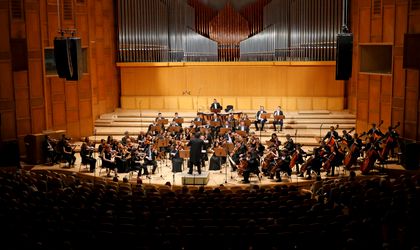 The National Radio Orchestra, under the baton of Slovak conductor Peter Feranec, offers on February 5th an evening dedicated to “stories” through two symphonic poems inspired by legends, hosted at the Radio Hall.

The public will meet the famous conqueror Don Juan, a Spanish Renaissance representative figure, for whom Richard Strauss created the homonymous poem. Another interesting character for the evening will be The sorcerer’s apprentice, work coming from French composer Paul Dukas and based on the poem by Goethe with the same name. The celebrity of this second music piece was brought on by its inclusion in Walt Disney’s Fantasia in 1940, played under the baton of conductor Leopold Stokowski. Inspired by the poem by Goethe, the romantic score describes the musical adventures of a young apprentice who tries to use his magical powers in the absence of his master sorcerer and loses control over them.

The evening will open with the Tragic Overture, Brahms’s creation. The public will also have a chance to enjoy violinist Cristina Anghelescu’s solo score from Concerto no. 1 in G minor for violin and orchestra, signed by German composer Max Bruch.

Cristina Anghelescu graduated from the University of Music in Bucharest, Stefan Gheorghiu’s class, and is a soloist of the Radio Orchestras and Choirs Romania.