Bucharest’s airport has a new app 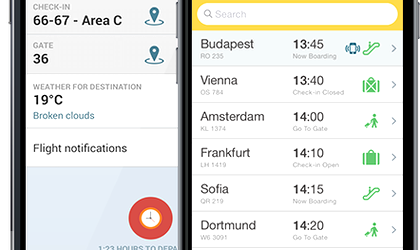 HenriAppPort is the first mobile application that the Henri Coanda Bucharest International airport has launched, available in Romanian and English, which allow travellers to check their flight status, boarding gates, as well as information regarding stores inside the airport such as the pharmacies, press stands, restaurants or coffee shops. The app also shows the shortest route to the Bucharest airport, weather information in Bucharest and the destination city, airport map and even discounts.

The application, which has both Android and iOS versions, was developed by Alpha Rocas for the Bucharest airport.