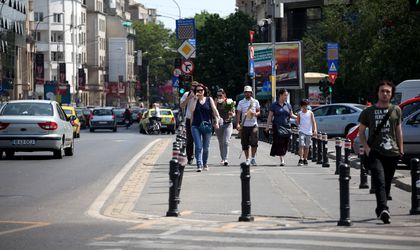 Dutch company TomTom, the maker of navigation and mapping products, has put out its traffic index for 2016, which show us what are the most busy cities in the world in terms of congestion.

The company looked at traffic from 295 cities in 38 counties.

According to the index, the daily traffic congestion in Bucharest was the sixth biggest out of all surveyed cities globally last year.

Drivers in the Romanian capital spent on average, 43 percent extra travel time stuck in traffic anytime of the day, versus a free flow, or uncongested, situation.

Looking at Europe, Romania came second after Moscow, in terms of traffic congestion. The index takes into consideration cities with a population of over 800,000.

Traffic index in Europe, according to the company