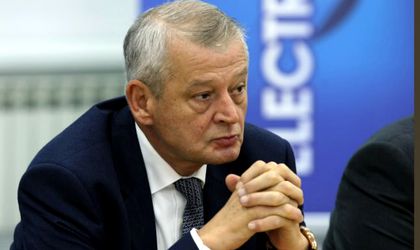 According to a DNA press release, prosecutors are investigating Oprescu for acts of corruption that he allegedly committed between 2013 and 2015.
“Between 2013-2015,  a well-organized group that the accused Oprescu Sorin Mircea was part of, set up within the Bucharest City Hall a system in which companies that wanted to receive contracts with public institutions under the mayor had to give up a part of the gross profit they made from those contracts as bribe to decision agents within the staff of the Bucharest City mayor,” says the press release, quted by Mediafax newswire.

The company kept up to 35 percent of the gross profit while the rest of the money was paid to the public workers in the Bucharest City Hall as bribes. Approximately 10 percent of the value of the contract went to Sorin Oprescu, according to the press release.

“More exactly, the members of the group, people with decision power in two public institutions under the Bucharest city mayor facilitated the win of the contract, talked to the employees to accept the documentation as well as approve and pay the bills towards those companies very rapidly after the bills were issued. At the same time, they asked for sums of money for people in management position in the Bucharest City Hall staff as well as for the mayor,” said the prosecutors, according to Mediafax.

The prosecutors ordered searches in 13 locations, including the mayor’s residence in Ciolpani as well as in several other locations across Bucharest, Bacau, Calarasi and Ilfov. Searches were also carried out at the Bucharest City Hall, the Administration of Cemeteries and the Palate Brancovenesti cultural center.

According to the anti-corruption prosecutors, based on an agreement with the head of a public institution under the mayor, Oprescu received EUR 25,000 of the 60,000 they asked. A part of the money that Oprescu allegedly took as a bribe were found on him in traffic while the rest wee found at his residence in Ciolpani.

Oprescu’s lawyer Alexandru Chiciu said  the mayor never asked for money from anyone, neither directly or through intermediaries, and that the accusations of the DNA prosecutors are not founded, according to Mediafax.

If the prosecutors decide he should be arrested temporarily, Oprescu will be suspended from the position of mayor, and his attributions should be taken over by vice-mayor Cornel Pieptea (The National Liberal Party) or vice-mayor Dan Darabont (the Social Democrat Party).

Oprescu has been mayor of Bucharest since 2008.