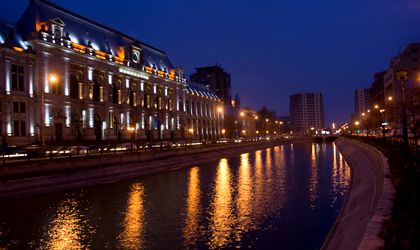 It is relatively common to find the lowest regional death rates from cancer being registered in capital regions, according to a study by Eurostat. However, the Romanian capital does not fit the pattern, recording the highest values across the country.

By contrast, at country level, Romania recorded among the lowest cancer rates across Europe, at less than 20 percent. However, the study says, these relatively low rates are, to some degree, affected by the high number of deaths from diseases of the circulatory system.

In Romania, deaths attributed to diseases of the circulatory system amounted to 60.2 percent of all deaths, way above the EU-28 average of 38.2 percent.

Our country also had some of the lowest crude death rates from diseases of the respiratory system, at less than 50 per 100,000 inhabitants in two Romanian regions (including the capital).

In Bulgaria the crude death rate for diseases of the circulatory system rose to over 1 000 deaths per 100,000 inhabitants (67.4 percent), joined by the Romanian region of South-Vest Oltenia (which shares a border with Bulgaria).

Cancer was the second largest cause of death in Europe, with more than one and a quarter million people in the EU-28 dying from cancer, just over one quarter (26.3 percent) of all deaths.

When it comes to healthcare resources, Romania had a relatively high number of hospital beds in the capital and Western parts of the country, with 900 beds per 100,000 inhabitants. The same regions registered fairly well on number of healthcare professionals, while the rest of the country recorded rather low numbers, with less than 150 physicians per 100,000 inhabitants.