Bucharest goes “under cloud” in August 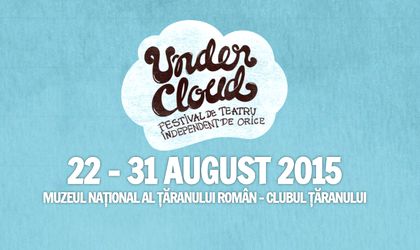 During August 22 to 31, the International Independent Theatre Festival Undercloud will host 33 performances and events, announce organizers.

The event has reached its eighth edition and will be held at the Romanian Peasant Museum in Bucharest. This year’s edition will be under the EFFE 2015-2016 – Europe for Festivals program, an international certificate awarded by the European Commission and the European Festivals Association.

Israel will bring to the stage “The Fall” by Albert Camus, in the interpretation of Niko Nitai, who will receive the 2015 Undercloud Award of Excellence. This show is in the Guinness book of Records and has been playing for 45 years.

The festival opens on August 22, at 19.00, at the Romanian Peasant Museum in the Great Hall. On this occasion, the public will watch the show “N (Aum)” with Oana Pellea and Cristina Casian, directed by Mariana Camarasan.

Tickets can be purchased for RON 35 on www.bilete.ro. Details about the program can be found on the official website of the festival, www.undercloud.ro.