Bucharest goes down 19 positions in 2015 cost of living ranking 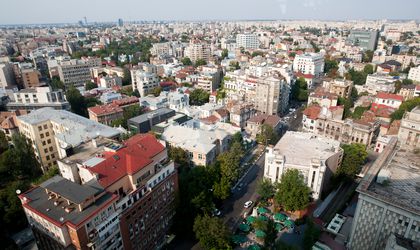 Bucharest is now on the 178th place out of 207 most expensive cities to live in for expats, according to a 2015 cost of living study put together by Mercer.

After occupying the 169th place in 2013 and the 159th in 2014, Bucharest has gone down 19 ranks in 2015. This is a direct result of local money devaluation in Central and Eastern Europe cities, informs the Mercer study that uses New York as reference. Though rent cost has stayed the same in these cities, the local currency weakening has led to a drop in rankings of most European cities, including Prague, Budapest, Minsk, Sofia and Belgrade.

The top ranking city for 2015 stays Luanda, Angola’s capital, for the third year in a row, followed by Hong Kong on second, Zurich on third, Singapore on fourth and Geneva on fifth. Last places are occupied by Biskek (Kirghiztan capital), Windhoek (Namibia’s capital) and Karachi (Pakistan).

Mercer cost of living is a study built to help employers determine the cost of living and related payment level for employees working abroad, using New York as a reference point. Currency is also measured in comparison with the American dollar. The study covers 207 cities across five continents and compares costs for about 200 products and services, including transportation, rent, food, clothing and entertainment.

Accolade has leased nearly 460,000 sqm of industrial space across Europe over the...