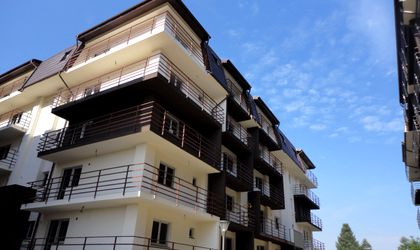 Asking prices for Bucharest apartments went up by 2.1 percent in March compared to the previous month (from EUR 1,034/sqm to EUR 1,056/sqm), but dropped by 2 percent against March 2014, according to data from online real estate platform Imobiliare.ro. The 2 percent drop was generated by a 8.3 percent decrease of asking prices for new apartments, according to the same source.

Owners of old apartments (mostly properties built before 1990) increased prices by 1 percent on average in March compared to February  average (from EUR 1,004/sqm to EUR 1,014/sqm). As for new apartments, after reporting in February the lowest level since 2008, asking prices increased in March by 4.3 percent (from EUR 1,065/sqm to EUR 1,101/sqm), according to Imobiliare.ro.

In Cluj-Napoca the average asking price increased by 3.3 percent over the past month, from EUR 958 to EUR 99/sqm, the current value being 10.6 percent higher than the one reached in March 2014 (EUR 895 per/sqm).

Constanta,  recorded in March the lowest price growth rate of the all the cities analyzed by Imobiliare.ro, respectively 0.8 percent (from EUR 885 to EUR 892 /sqm), standing now at a difference of 5.1 percent as compared to the same period in 2014 (EUR 849 /sqm).