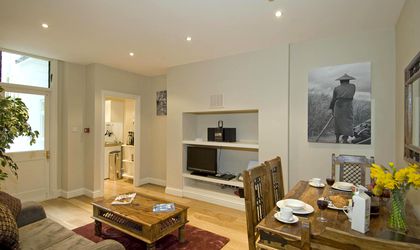 The average square meter price for newly delivered apartments in Bucharest is presently EUR 1,377. This is on average 23 percent more expensive than old apartments – built before 1990.

The cheapest one-bedroom apartments are located in the Militari neighborhood where the average price for a 56 sqm apartment is EUR 51,000. Similar prices can be found in Berceni where a 59 sqm unit costs EUR 52,000.

Average prices of between EUR 60,000 – 70,000 for newly delivered one-bedroom apartments with surfaces of about 60 sqm can also be found in the Bucurestii Noi, Colentina, Titan and 1 Mai areas. In neighborhoods such as Decebal-Calea Calarasilor, Tineretului-Timpuri Noi, Unirii and Tei prices of new apartments average EUR 70,000 – 90,000 but for 60 – 70 sqm.

The most expensive one-bedroom apartments in Bucharest care located in the northern part of the city where a unit covering 61-62 sqm comes with a EUR 125,000 price tag in the Dorobanti-Floreasca and Herastrau areas.