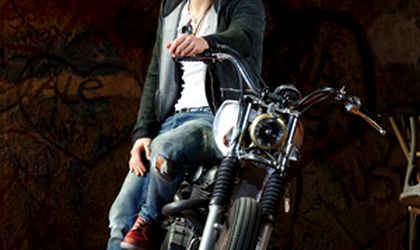 Grand Cinema Digiplex presents on April 1 at 20.30 Romeo and Juliet, which is filmed live on Broadway and starring the British actor Orlando Bloom (Pirates of the Caribbean, The Lord of the Rings) and two-time Tony Award nominee Condola Rashad. This new production of Romeo and Juliet is a modern take on one of Shakespeare’s best-loved plays. Staged on Broadway for the first time in 36 years, director David Leveaux brings a dynamic energy and contemporary setting to his interpretation of this eternally tragic tale of star-crossed lovers. With 2014 marking the 450th anniversary of Shakespeare’s birth, Broadway’s Romeo and Juliet will appeal both to the regular theatre-goer and those coming to Shakespeare for the very first time.

‘Orlando Bloom keeps surprising. For once, we have a Romeo who evolves substantively, from a posturing youth in love with love to a man who discovers the startling revelation of real love, with a last-act descent into bilious, bitter anger that verges on madness’, writes The New York Times about this performance. The projection can be also seen on April 6, from 18.30. The ticket price is RON 50.