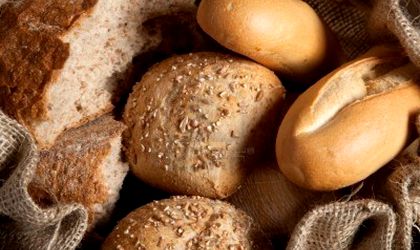 After the Romanian government decided to reduce the VAT for bread by 15 percentage points to 9 percent starting this September, the shelf price of bread dropped by 6 percent on average, according to Romania’s Competition Council.

The best case scenario would have been for shelf prices to drop by 12 percent, Bodgan Chiritoiu, the president of the Competition Council told Mediafax newswire.

“What we see is a reduction of about half of this, which means that a share of it goes to the consumer and the rest to the producers and retailers. It’s kind of what we expected to happen from an economic perspective,” he explained.

The Competition Council has been following the evolution of bread prices since September 1st when the 15 percent VAT cut became effective. Chiritoiu added that there are regions where the 12 percent reduction went entirely to the shelf price and that the institution will continue to monitor the situation.

In the end, any shelf price drop is a good sign, he went on. “The signals are rather good. It is a good sign that the market works, that we aren’t in the situation we feared, that shelf prices would not drop at all. It’s good to see an evolution close to what theoretical economics describes “added Chiritoiu.

In the first week after the VAT cut for bread, some 75-80 percent of Romanian bakery companies cut bread prices by 15 percent, announced PM Victor Ponta at that time. The price reduction was keenly publicized by some producers and retailers, but the authorities stressed that the main objective targeted by the tax cut is to help good-faith players in an industry engulfed by tax evasion, which reaches a whopping 67 percent share of the bread market, according to the Romanian Employers’ League of the Milling, Bakery and Flour-Based Products Industry (Rompan). This should be reduced to about 20 percent in about six to eight months, according to the same source.

The Ministry of Agriculture and Rural Development also estimates that the VAT cut for bread products will double the quantities of legally sold flour and bread to 2.8 million tonnes and will increase the number of legally employed workers in the industry by 8,500.

On the downside, the VAT cut will mean less money for state coffers, at least on the short term. On the longer run, the government expects that this will be offset by reducing tax evasion which in turn should generate even higher revenues for the state budget. Until that happens – if it happens – the government has had to raise other taxes in order to balance the books and get the green light from the International Monetary Fund. It has opted to increase excise taxes on alcohol and luxury products such as gold, yachts and cars with engines over 3,000 cubic centimeters.

The 15 percent VAT cut on bread applies to the entire production chain – wheat, flour and bread – and finally came into force on September 1st after having been debated for more than a year. It is a temporary measure, but should the target to reduce tax evasion and offset any budgetary losses be met and the experiment prove successful, it could be maintained and extended to other sectors such as vegetables, fruit and meat, hopes the agriculture minister.