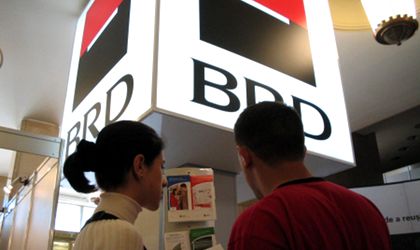 “2014 marked a turning point for BRD, the bank having returned to profit while managing to improve its risk profile and operational efficiency. In 2015, BRD will continue to rely on the strength of its universal banking model and on the ability to provide innovative solutions and personalized services to a large customers’ base. More than ever, BRD has the ambition to position itself among the main economic players that provide the conditions for the investments’ comeback,” stated in a release quoted by Mediafax, Philippe Lhotte, chairman and chief executive officer of BRD.

BRD, with a market share of 12.39 percent in September 2014, is not afraid of losing its position in the banking system after the acquisition and integration of Volksbank by Banca Transilvania, also stated Philippe Lhotte adding that BRD wants market share but with maintaining profitability.

Also in 2014, BRD continued to implement cost optimization measures that led to a reduction of operational expenses by 2.9 percent compared to 2013. The cost / income ratio was 50.2 percent.