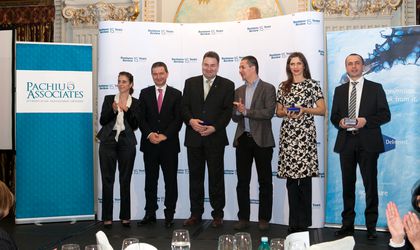 Since 1997, various teams of journalists have worked around the clock to provide insightful and relevant news to a growing business community that includes both expats and Romanians.

“By pioneering the development of a free media – and being the first publication to separate editorial from advertising – we contributed to turning on some lights and making Romania a viable place to build a business, and a life,” said Bill Avery, BR founder, in a recorded speech played at the event.

BR has covered the major events that have influenced Romania’s development in the last 15 years, ranging from the launch of mobile telephony in the country back in 1997 to the 2007 EU accession. 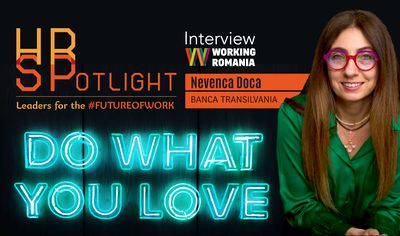 Anca Ionita, BR publisher, who has been involved with BR since its inception, said, “The 690 issues of Business Review are landmarks on an intricate and winding road, which signal the major turning points in the difficult birth of a new nation.”

“We started Business Review with blind optimism when Bucharest streets were dark, but the people full of life,” said Avery.

Romania has continued to experience social convulsions in the years since shrugging off communism, as it struggled to learn capitalism and the democratic language.

“I really though Bill would run after 1992. But he fell in love with this country and built this family,” said Catalin Cretu, country manager at Visa Europe. “I am sure Bill found people that were eager to learn from him, to show what Romania really was.”

Princess Marina Sturdza, who has been present throughout BR’s history, both as a journalist and a loyal reader, described BR and its earlier sister publication, In Review, as “the only truly honest and meticulous brokers of English-language news”.

“In these 15 years, my respect for the quality of the editorial and its integrity has only grown,” said Princess Sturdza.

BR continued to reward the outstanding achievements of companies and entrepreneurs that stood out from the crowd last year.

An independent jury, comprising managers and consultants, analyzed the nominees and voted for the winners in ten categories.

Traian Halalai, Eximbank president and jury head, commented that the BR Awards were a very solid process with working sessions and clear definitions of criteria for nominated companies.

“All the prizes were based on merit. I am deeply convinced that all companies in the contest can prove the crisis can be surpassed through innovation and performance,” stated Halalai.

BR awarded prizes for companies that fostered sustainability and innovation to grow the business, or looked online for development. It celebrated the best SMEs and business supporters and recognized high flyers in leadership and the best employer.

In the Sustainable Business Practice category, the grand prize was awarded to Metro Cash & Carry for developing the De-ale Noastre program, supporting local vegetable producers that supply retailers. Last year the retailer also introduced the La Doi Pasi franchise underpinning the traditional trade model. Over 500 stores have enrolled in the program since March 2012.

The Online Strategy for Business Development award went to online retailer eMAG for contributing to the growth of the local online market. The company launched new product categories and the Bulgarian e-commerce platform eMAG.bg. It invested EUR 1 million in a new Brasov showroom and another EUR 400,000 in warehouse equipment.

R&D center Renault Technologie Roumanie (RTR) took home the Innovation in Technology prize for the design and launch of a new generation of Logan, Sandero and Sandero Stepway models. The majority of the designing was done by local engineers and the cars were tested exclusively in Romania.

Local lender Banca Transilvania was named the Best SMEs Supporter for launching the Contul primul an gratuit financial product for start-ups. Entrepreneurs are not charged commission on a range of banking operations.

“We have a strong commitment to the SME sector. In three and a half months 5,000 start-ups have already benefited from this project,” said Andrei Dudoiu, executive director at Banca Transilvania.

Iulian Stanciu, eMAG CEO, was declared Entrepreneur of the Year, for selling 70 percent of the online retailer to South Africa-based media company Naspers. He also became the sole shareholder in IT&C retailer Flanco and distribution company Network One Distribution.

“With the deal I made last year with Naspers, we were able to think on the medium and long term, which is a luxury for Romanian companies,” said Stanciu. The Best Employment Initiative award went to the Big 4 accounting giants (Deloitte, Ernst & Young, PwC and KPMG) for their extensive drive towards quality recruitment. Every year, the Big 4 firms recruit bright graduates, to whom they offer training and clear career paths.

Romanian eMAG won the Deal of the Year award, after South Africa-based multinational Naspers bought 70 percent of the online retailer in a deal worth USD 83 million last year, according to market estimates.

The Excellence in Business award went to Dacia Group Romania, which operates a car and chassis plant locally. It reported a turnover of EUR 2.9 billion in 2011.

“Dacia Group in Romania means over EUR 2 billion of investments and the combined efforts of over 80,000 employees,” stated Cristian Nevzoreanu, public affairs director at Renault.

The big winner of the night was eMAG, which took home three awards: Online Strategy for Business Development, Entrepreneur of the Year and Deal of the Year. Stanciu, CEO of eMAG, said, “Thank you for recognizing Romanian technology again. We’ll do our best to replicate this in Bulgaria.”

Master’s Degree for the jobs of the future: Data Science for Industry and...