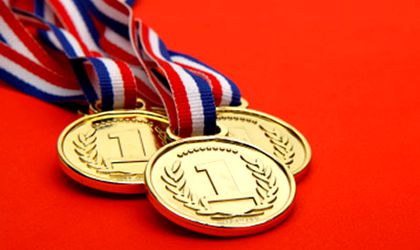 With EUR 104 million invested in new industrial projects in Romania in 2013 and the launches of the new Logan MCV and new Duster, Dacia remained market leader with a 31.6 percent market share, despite a decrease in the local car market. The carmaker became the automotive brand offering the youngest vehicle range on the European market, by launching four new passenger models manufactured locally – the new Logan, new Sandero, Sandero Stepway and new Logan MCV – and three new models manufactured in Morocco – the Lodgy,

The company continued to invest in industrial projects – new production facilities and buildings which enabled Dacia to develop new mechanical parts such as the turbo engine Energy TCE 90, increase the production capacities of the aluminum foundry and upgrade the TL gear boxes and other parts.

Petrom is the largest oil and gas group in South Eastern Europe, with activities in exploration and production, gas and power, and refining and marketing. The group consolidated its position on the oil market in South Eastern Europe following a far-reaching modernization and efficiency drive, with investments of over EUR 8.8 billion in the last eight years.

As of the end of 2012 the group had proven oil and gas reserves of approximately 775 million boe in Romania and Kazakhstan (750 million boe in Romania). With a maximum annual refining capacity of 4.2 million tonnes, OMV Petrom is present in the distribution market for oil products in Romania, the Republic of Moldova, Bulgaria and Serbia through a network of approximately 800 filling stations, operated under two brands, Petrom and OMV. In Romania, this activity is performed through OMV Petrom Marketing, 100 percent owned by OMV Petrom.

In 2013, the company focused on expanding its presence as a regional e-commerce player by launching the eMAG platform in several Eastern European countries, while increasing the categories and range of products within each category through its own inventory or new, third-party vendors through the Marketplace platform.

The international division launched eMAG in Hungary in October 2013, while in Bulgaria eMAG has become market leader on the electro-IT online sector with a 50 percent market share. In December 2013, nine different vendors were integrated on the eMAG platform. Also in 2013, eMAG launched three new product categories: beauty, pet shop and a complete range of products for children including clothing and footwear.

Last year, Galeriile Artmark increased its number of clients and transactions, while total auction sale turnover exceeded EUR 10 million for the second year in a row. The number of clients was up 63.3 percent on the previous year, amounting to 566 new clients. Artmark organized 37 auctions in 2013, two more than in 2012 and 12 more than in 2011. Contemporary art was the best evolving segment for Galeriile Artmark, and the four Artmark postwar & contemporary art auctions accounted for EUR 1.2 million, a 2.7 fold increase on the previous year.

With a 76 percent market share, Artmark is the only auction house in Romania and Eastern Europe to use an online live bidding system which allows real-time bidding over the internet. In 2013, 93 percent more lots were sold over the internet than in 2012, reaching EUR 773,630, a 54 percent increase over the previous year.

Last year the company posted a turnover increase of 18 percent and opened its newest location, City Grill Covaci in the Old Town. The company introduced a course to develop its chefs’ skills, called Chef’s Academy, and introduced loyalty and discount cards for its customers called “Out for food.”

The company’s top priority for 2013 was customer service. An innovation manager was appointed and an entirely new customer care department created, according to “bounce back” principles intended to ensure that all customers become repeat customers. The sales network has grown, with a total of 16 new travel agencies being opened last year (the majority in shopping malls and commercial areas) while sales grew by 30 percent.

Tourism is the main growth driver, and on this segment the company reported an increase of 63 percent, while flight sales were up by 20 percent and coach tickets by 9 percent.

Last year the company invested EUR 7 million in equipment and the diversification of added value offers, while maintaining e-commerce as the main focus for growth. It expanded the Express Loco service to national level, and inaugurated two new services: Collect Point in 153 OMV gas stations and the Print&Go service. With a total of EUR 50 million invested over the past 15 years, the company is looking to consolidate its market leader position and prepare for a transition from fast to very fast delivery services.