Billy Idol returns to Romania for two gigs in June 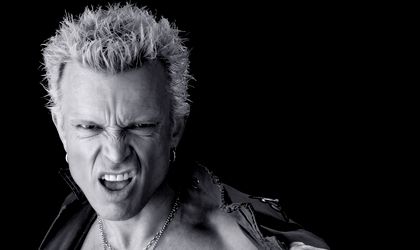 Punk-rock legend Billy Idol will return to Romania in June for two concerts in Bucharest on June 29 and Cluj-Napoca, a day later on June 30. Arenele Romane and Cluj Arena, respectively, are the two venues for the gigs.

Billy Idol’s first concert in Romania took place in the summer of 2006, at Arenele Romane. He vowed at the end of the gig he would return and it seems he’s a man of his word!

2014 is going to be a great year for the punk rock pioneer, launching a new album and going on tour, but also becoming a published author after the release of his autobiography “Dancing with Myself” in October.

Tickets for the Bucharest concert this year are available at the price of RON 128.4 until March 25. Starting with March 26, the price will increase to RON 160.5 until the day of the concert. On June 29 they will cost RON 181.9.

Golden Ring tickets are also available for RON 214 until the day of the concert when the prices will increase to RON 235.4.

Tickets will go on sale today and can be bought online through eventim.ro, Germanos, Vodafone, Orange and DOMO stores, as well as Humanitas bookstores.