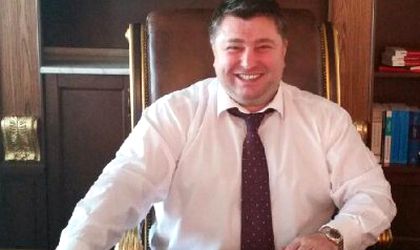 The Prosecutor’s Office by the Court of Appeal Bucharest has ordered searches in a case related to tax evasions, in which the suspect is Nasty Marian Vladoiu, the president of the Bilateral Commerce Chamber Union, Mediafax informs.

According to the cited source, searches are being carried out at the lawyer’s home and office at the Chamber of Commerce and Industry of Romania.

“From data and evidence provided in the case we have reason to believe that a person has omitted, in part, to transpose in accounting papers revenues coming from the exercise of attorney activity between 2011 and 2014, and, at the same time, has transmitted to tax authorities achieving revenues much lower than in reality,” a statement by the General Directorate of Bucharest Police showed.

Investigators estimate the damage caused to the state budget to be RON 144,000.

Vladoiu should be brought in to the Prosecutor’s Office by the Court of Appeal Bucharest, the investigation coordinator.

The Bilateral Chambers of Commerce Union of Romania, part of the National Chamber System is involved in developing and promoting Romania’s foreign trade relations through economic diplomacy.