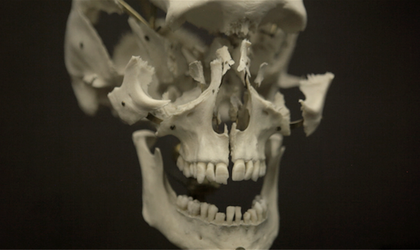 The Bucharest International Experimental Films Festival (BIEFF), happening between March 14 and 20 2016, aims to offer the public a collage of cinema and visual arts through the exhibition of many prominent visual artists, whose works are usually presented in museums and art galleries but very rarely in theaters.

The central point of this approach is Romania’s partnership with Berlinale Forum Expanded and Oberhausen International Short Film Festival, offering Romanian moviegoers the opportunity to see a selection of titles from the festivals’ programs, including the latest creations of Anton Vidok, founder of the editorial platform and archive e-flux, of Pierre Huyghe and Bjorn Melhus.

The BIEFF international competition returns in the form of six programs built around six main themes: Digital Dystopias, Journeys Into the Subconscious, Transgressive Bodies, Urban Rituals, The Artist Is Present, Danger Is My Business.

The best shorts of 2015, winning gold in leading festivals around the world (Cannes, Venice, Berlin, Clermont-Ferrand) will be projected within the Golden shorts event, and films created exclusively by visual artists will be comprised within the Films by Visual Artists program, supported by Oberhausen International Short Film Festival.

BIEFF 2016 continues its collaboration with the Rotterdam International Film Festival, which brings to our capital city You Run Through My Veins – a project dedicated to family and memory power. BIEFF traditional programs will not be missing from the progam. Thus, under the special program Quinzaine des Realisateurs, moviegoers will be able to view a film from the famous Cannes festival.

The popular film-dance program will be presented for the second consecutive year in collaboration with the Cinedans – Dance on Screen Festival Amsterdam, having as main theme Intimacy and Technology. At the same time, Experienced in Romania will present the new challenges of directors and visual artists Romanian in testing the limits of the cinematic language. Morning projections within the Rebel Without a Cause will bring young audiences experimental creations.