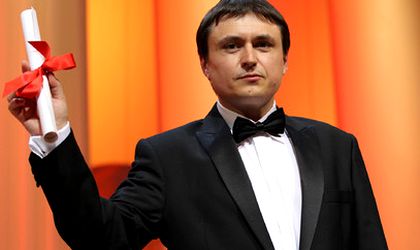 Romania, represented by director Cristian Mungiu and his film, “Beyond the Hills”, received two awards: Best Screenplay and Best Actress.

Nastassja Kinski presented the Award for Best Screenplay to Romanian director Cristian Mungiu for “Beyond the Hills”. “It’s wonderful to be here together,” he said, “but let us not forget that this is a true story, inspired by real events, and that people have really suffered. If we cannot repair the past, we can hope for the future”, was the declaration Mungiu gave the journalists after the presentation of the awards at the closing ceremony.

For the Best Actress Award, Alec Baldwin presented the prize to Romanian actresses Cristina Flutur and Cosmina Stratan, the two main characters of the film. Cristina thanked “everyone who was part of making this film with passion and Cristian Mungiu for his masterful direction.” Cosmina joined in, with her message to the director: “I agree, we owe so much to you.”

“Beyond the hills” is a film in which love and faith collide with fateful inevitability. When writing this scenario, he was inspired by the true 2005 case of a young woman who died during an attempted exorcism at a remote monastery in Romania.