BestInvest Romania to be held in New York on September 28 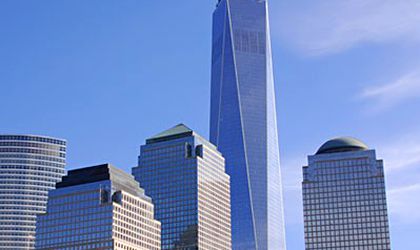 The event is scheduled to take place on September 28 and will host important Romanian government officials, public and private sector CEOs and executives from global investment banks, who will discuss the developments and reforms in the Romanian economy. Also, the latest trends in the capital and stock markets with topics such as banking and finance, private equity and investing, energy, oil and gas exploration, healthcare, infrastructure development, defence, telecommunications, real estate and transportation will be addressed.

Panels will include debates on capital markets (Reloading the rules: governance, transparency, reliability and profits), the energy sector (Proven success in an era of achievements and prosperity), IT, cyber security and the telecom sector (Investments in the most promising global industries with the best and the brightest Romanian professionals), Oil & Gas exploration (Reserves beyond dreams and the Black Sea prospects), Defence industry and the geopolitics of ECE (A rising star of the NATO alliance. The most reliable US regional partner), Healthcare in Romania (Public vs. private: an American or a EU healthcare model – or both?), Environment (Aiming at the cleanest air and water in Europe) and Tourism (Heaven on Earth is still awaiting the US investor).

The Chamber of Commerce and Industry in Romania (CCIR) is a representative organization both at national and international level, invested by law to promote the interests of the business environment through a continuous dialogue with the external partners and the public authorities. Having an experience of more than 150 years in developing economic cooperation relations and supporting the business environment, CCIR enhanced its public profile through a large amount of advocacy initiatives and position documents on economic matters, meant to improve the quality of the public dialogue between the political factor and the private companies.

The Bucharest Stock Exchange (BVB) is the leading stock exchange in Romania, providing financing opportunities for companies looking to raise funds using the capital market. It runs markets for shares, bonds and other instruments, through regulated platforms and alternative systems, and provides a wide range of services to participants of financial markets. Bucharest Stock Exchange is a public company, listed on its own market since 2010.