Beach Race XCO at Corbu to start on April 25 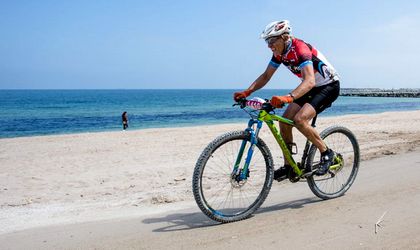 After last month Mamaia was, for one day, the European capital of sport, having hosted the Sand’s Marathon, in April another seaside resort continues the tradition of international sporting events at the Black Sea.

The only MTB cycling competition in Europe taking place on the sand – Beach Race XCO – will take place on April 25 on the beach located in the village of Corbu (Constanta county).

To date, over 200 pedal sport fans have joined the seafront race accredited by the International Cyclist Union, who want to accumulate points to get to the Olympics in Rio de Janeiro to take place next year.

In addition to the local national champions, international teams such as the national team of Nigeria and of the Republic of Moldova also registered in the competition.

The competition includes the Standard race (20 km) and the Epic race (40 km). The route the professional and amateur cyclists will go through has a difference of level of 50 meters, half being on the beach and half on the waterfront access coast. The sports competition addresses both to professional cyclists and to amateurs, and prizes will be awarded for both categories.

Registrations can be made online on the official website mtbpeplaja.ro and at ridersclub.ro.