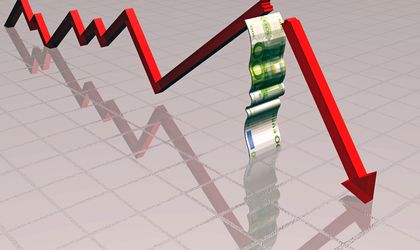 However, banks warn that the approval of this bill would cripple the system, adding that the EU directive clearly stipulates the conversion of loans at the current exchange rate. The draft bill, which has been proposed by left-wing deputy Ana Birchall, is currently under debate in the Chamber of Deputies after it was approved by the Senate.

According to the provisions of the bill, banks would have to tell borrowers if their monthly installments exceed by more than 20 percent the amount payable that is calculated based on the exchange rate at the time when the loan was approved. In addition, individual clients will be able to ask for a reconversion of the foreign exchange loan into national currency at the historic rate (when the loan was approved).

Mugur Isarescu, governor of the National Bank of Romania (NBR), voiced strong disapproval of the move, arguing that the conversion of loans should be based on negotiations between banks and borrowers. He added that it can already be done using the current exchange rate. “If somebody wants to do it (e.n. the conversion) at an historic exchange rate, it needs to be established who is going to plug the gap – if it will be covered by the budget, a guarantee fund or from customers’ deposits for heaven’s sake,” said Isarescu, quoted by Agerpres newswire.

According to a study by the central bank and the Association of Romanian Banks (ARB), lenders stand to lose RON 14.4 billion (EUR 3.2 billion) over five years if loans with lower interest rates in foreign exchange are converted into the local currency, which has higher interest rates, by maintaining the higher rate, wrote online banking portal bancherul.ro. September data from the NBR show that consumer loans amounted to RON 26 billion (EUR 5.9 billion), while mortgages stood at RON 35 billion (EUR 7.9 billion). 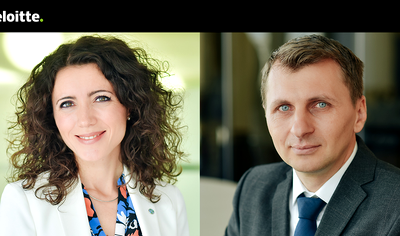 Banks will need more capital if bill gets approved Banks’ shareholders might have to finance losses stemming from the approval of bills such as the one permitting loan conversion at historic rates, either by putting in additional capital or foregoing dividends, said Alexandra Smedoiu, senior manager of tax consulting at PwC Romania.

“It is expected that such a conversion could trigger significant losses on banks’ balance sheets, as a result of the foreign exchange differences, especially for loans granted before 2008 (i.e. due to RON depreciation against the Euro or Swiss Franc),” Smedoiu told BR.

“Banks will need to absorb these losses, resulting in an additional burden on the already strained capital, which has been affected by bad debt provisions. This conversion may also significantly affect banks’ asset/liability management policy, as the mismatch between funds lent (RON) and funds raised (mostly foreign currency) creates an interest rate differential,” she added.

The discussions around the conversion bill intensified after a court in Galati ruled this autumn that Volksbank would have to convert a loan taken out by a customer in Swiss Francs (CHF) at the exchange rate from the moment the loan contract was signed, a difference of 10 percent. However, the court forced the lender to do so because this provision was included in the loan contract, according to bancherul.ro.

The news portal pointed out that a limited number of contracts include the provision.

The lender has appealed the decision. Bogdan Preda, public relations director of the Council of Banking Employers in Romania (CPBR), told BR that the conversion of loans at the historic rate would “seriously impact banks’ balance sheets and the stability of the financial banking system” if aside from the historic exchange rate the higher interest rates for loans in the national currency were not taken into account.

“The destabilization impact would be a massive one. This and other matters related to the different market values and conditions as part of the reasons that the EU Directives that regulate these situations exclusively and repeatedly refer to the exchange rate from the moment the conversion is made and not the historic one, considering even more that in Romania the loans were granted in the requested foreign currency (compared to other countries where the loans were expressed in foreign currency but were granted in the national currency – for instance Hungary),” said Preda.

The CPBR comprises six lenders, which control about half of the total assets in the banking system. Meanwhile, Florin Danescu, executive president of the ARB, said that the Birchall’s bill breaches EU directive 17/2014, which has to be adopted by 2016, stating that the conversion included in the bill cannot be applied retroactively.

Tomas Spurny, CEO of BCR, the biggest lender in Romania, controlled by Austria’s Erste Bank, told news portal Hotnews.ro that the RON could depreciate by 20 percent if the bill regulating the conversion at a historic rate is approved in its current form.

“It is a suicidal law – which I admit, could be in the public interest – but look at the fact that these clients will have to pay more than at present if they return to the initial loan conditions. If we want social justice overnight, we risk killing the economy,” said Spurny.

Draft bill patches up law until EU directive is implemented

The bill regulating the conversion of foreign currency loans into the national currency at the historic exchange rate is an intermediary enactment until Directive 17/2014 on credit agreements relating to immovable property is transposed into national legislation by March 2016, according to Monia Dobrescu, partner at Musat & Asociatii.

“Credit denominated in a foreign currency, especially in CHF, has generated plenty of litigation between consumers and credit institutions, mainly because the national law does not expressly provide the possibility for consumers to convert credit agreements relating to a foreign currency loan into an alternative currency and much less how the exchange rate should be applied,” said Dobrescu.

She added, “As such, these claims were mainly grounded on the abusive clauses included in the credit agreements concluded with consumers and resulted in a non-uniform national jurisprudence wherein the national courts ruled differently and quite often pronounced contradictory solutions.”

Hungary is the first country where the government has ordered banks to convert foreign-currency loans into the national currency, in a move designed to reduce borrowers’ debt burden.

“Other than that, there has been no such precedent anywhere in the EU, due to spillover effects,” said Smedoiu of PwC.