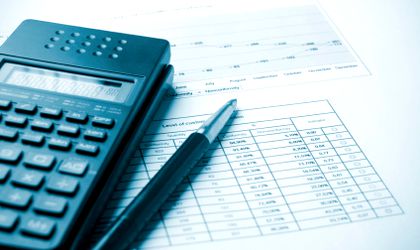 The average net salary in Romania has seen a slight increase of 2.2 percent in November 2014, compared to the previous month,  to a total of RON 1,743.

On an annual basis, the average net salary was 5.6 percent higher in November 2014, compared to November 2013.

The highest average net salaries are those for jobs in the extraction of crude oil and natural gases, which amount to RON 4,166, according to data from the National Institute of Statistics.

“The growth in the average net salary compared to the previous month were due to occasional bonuses, including annual or holiday bonuses, sums from the net profit and other funds, but also due to the fact that there was higher production or revenues, depending on the contracts. Also, the growth in the average net salary were influenced by some economic activities and the layoff of employees with low salaries,” according to the press release from the National Institute of Statistics, quoted by Mediafax newswire.

The highest growth in the average net salaries were registered in activities related to financial inter-mediation, including insurance and pension funds, which hiked by 23 percent. These were followed by jobs in car and tow manufacturing, printing and recording reproduction, postal services and delivery service activities, storage and related transport activities,where salaries  increased by 9-13 percent as well as jobs in chemical substances and products manufacturing, tobacco product manufacturing, electrical equipment manufacturing, research and development, computers, electronic products and optic products, basic pharma products, which increased by 5.5-9 percent.

Salaries in other  industrial activities such as those in the car making industry, tools and equipment, manufacturing of textile products, water transports, financial intermediation-  except for insurances and pension funds- rubber products, paper and paper products manufacturing have also increased.

The most significant drops in salaries were in forest exploitation, including fishing, where there were 12.8 percent drops, in the extraction of crude oil and natural gas, the metallurgic industry, ore extraction, ore processing products, the manufacturing of other means of transportation, where there were 4.5- 7.5 percent declines, and last but not least, telecommunications and air transport, where there was a decline between 2 and 3 percent.