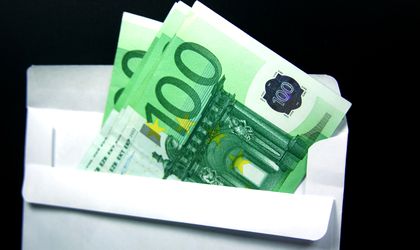 Romanians’ earnings have known a slight increase in July 2015 over the same month of the previous year, with average net earnings rising by 7.6 percent, according to latest data from the National Institute for Statistics.

The real earning index (calculated as ratio between net nominal average earning index and consumer price index of the general population, expressed in percentage) was 109.4 percent year on year.

Net earnings were higher mainly due to the application of legal provisions for the increase of guaranteed minimum gross payment, occasional premiums (including holiday bonuses and outstanding performance), amounts from net profit and other funds (including lunch tickets and gift vouchers), as well as achievement of production or higher cashing (according to contracts).

The highest values ​​of net nominal average earning were registered in the extraction of crude petroleum and natural gas (RON 4,907) and the lowest in hotels and restaurants (RON 1,088).

The most significant increases in net average earning were registered in manufacture of basic pharmaceutical products and pharmaceutical preparations (14.2 percent) and other extractive activities (14.1 percent).

Other fields that presented rises were warehousing, forestry and logging, machinery and equipment work, production and supply of electricity, gas, steam and air conditioning, and transport equipment (between 6 percent and 8 percent).

However, there were also decreases in average net earnings versus the previous month determined by occasional premiums granted in June, amounts from net profit and other funds, failure of production or lower receipts (depending on contracts) and staffing with lower earnings in some economic activities.

The most significant decreases of net average earning were registered in computer, electronic and optical products manufacture (10.9 percent), publishing and beverages (between 9.5 percent and 10 percent) and in printing and reproduction of recorded media, manufacture of rubber and plastic products, research and development, activities of services related to extraction, extraction of crude petroleum and natural gas (between 2 percent and 4.5 percent).

The public sector saw increases in public administration (2.2 percent) and health and social assistance (1.3 percent, due to legal provisions concerning salary increases in the field). Education average earnings dropped 3.4 percent due to reduced amounts of hourly paid teachers during the school holidays.

The real earning index was 101.9 percent for the month of July 2015 compared to the previous month. Compared with October 1990, the index stood at 140.1 percent, 2.6 percentage points higher than the one registered in June 2015.