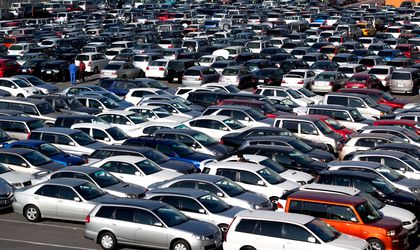 Deliveries of vehicles (passenger cars + commercial vehicles) registered in the first eight months of 2015 an increase of 16.8 percent over the same period last year, show data from the Automotive Manufacturers and Importers Association (APIA). The main drivers of the auto market increase were passenger cars, making up 14.3 percent of the growth on the market.

This consolidation of the growth so far is determined also by sales 24 percent higher in August 2015 than the same month in 2014.

August 2015 shows substantial increases in the auto market at European level also, most member states reporting increases in the passenger car segment (Germany up 5.6 percent, UK up 6.7 percent, France up 5.9 percent and Italy up 15 percent).

Legal persons are still the main buyers on the market, representing 74 percent of the total sales in the first eight month of the year. However, there is a noticeable decline in this area, APIA saying it is the consequence of the decreasing interest in the Rabla Program (14,000 reservations were made in mid-August of the 25,000 available).

On the other hand, used motor vehicles present increasing interest for buyers, reflected by the increase in used cars import starting Q4 of last year and increasing throughout 2015, with a 12.7 percent rise being recorded during the first eight months (some 157,000 units in 2015 over 140,000 in 2014).

Therefore, there is a 3.07 to 1 ratio between imports of used cars and sales of new ones, relatively similar (3.02 percent) to the one registered during the same period of 2014.

On a national level, in August 2015 there were 4,732 vehicles produced, 19.7 percent less year on year. However, APIA says this decrease is mainly determined by leaves taken this period.

About 93 percent of national production carried out in the first eight months of 2015 was exported, similar to the share registered during the same period last year.

Sales during the first eight month of the year reached a total volume of 75,288 units, with imports increasing 16.8 percent. Passenger cars, which represent 82 percent of this volume (61,500 units), saw an increase of 14.3 percent over the same period of 2014 while commercial vehicle sales went up 32 percent.

Based on type of fuel used, diesel cars continue to dominate the market with a 54 percent share, but sales show a decline starting with the beginning on the year (in January, diesel engines accounted for 67.4 percent of the market).

During the first eight months 272 hybrid cars were sold (of which 19 fully electric), increasing from the 138 units sold in the same period last year, of which only two were fully electric.

In terms of hybrid cars and electric in the first 8 months of this year were sold 272 units  compared with the same period last year, when it sold (of which only two power 100 percent).

In this context, sales of cars of domestic production rose by 23.5 percent over the same period in 2014, while sales of imported cars have increased to a lesser degree, by 10.1 percent.