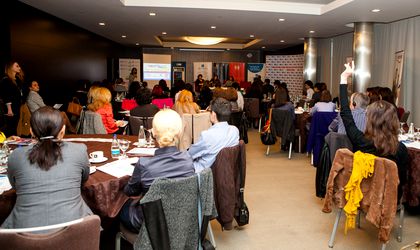 In March, the Romanian government pledged to start a series of controls to root out cases of undeclared work and tax evasion, as part of a pilot project. A few days ago, the start of the project was announced for May 1. A state aid framework that will subsidize salaries at firms that generate at least 20 jobs was also adopted.

With the stated target of preventing and eradicating undeclared/under-declared labor, supporting good-faith competition in business and protecting employees by enhancing social security, the National Agency for Fiscal Administration (ANAF) will start to rollout the project, based on its commitments to the European Union and the International Monetary Fund, according to institution officials.

The scheme to tackle black market labor, which will start on May 1, will cover a significant share of companies in Ploiesti and Brasov.

ANAF has called upon employers to ensure they comply with the stipulations in the Labor Code, Fiscal Code and Fiscal Procedure Code within 90 days of the start of the scheme.

The controls will target mainly the companies most prone to avoiding social contributions, health contributions and income taxes.

The campaigns from the Labor Inspectorate are “not always well received in the market,” Marilena Balabuti, deputy chief inspector in the Labor Inspection Office (ITM), tells BR, “since the exercising of authority by the state is rejected by those that are subject to it.”

Based on the results, ANAF will expand this scheme to the entire country from January 1, 2015.

The issue of informal work is not unknown to Romanian authorities, which recognize it as problem.

Companies that are most prone to hiring people without papers are mainly active in construction, services, and trade and security services, Balabuti tells BR. Campaigns to eradicate this phenomenon have been carried out by authorities targeting these categories of firms.

Anca Grigorescu, partner and coordinator of the labor law and benefits department, and Cristina Randjak, senior coordinating attorney at bpv Grigorescu Stefanica, tell BR that under-the-table labor is “a reason for concern” in Romania, since official data show that approximately 1 million people are working on the black market.
“Informal work takes place at companies of all sizes. Most undocumented employees work for small companies, but Romania is confronted with undeclared labor even in large companies, with more than 100 employees,” the two attorneys tell BR.

The measures taken by the authorities should mainly focus on the reasons why companies hire people without papers. Balabuti thinks that by removing the causes, the effects can also be eradicated.

“Work on the black market is the effect of multiple reasons such as taxation, force of habit, workers’ lack of information about the benefits of individual labor contracts, and employers’ fear of assuming the obligations stipulated in such contracts,” she outlines.

The labor authorities are also attempting to send warning signals across all channels about the negative effects of informal labor, by looking at the taxation and reducing the red tape in this field, explains Balabuti.

Under the Labor Code, an individual labor contract is signed with the consent of both parties. It must be drafted in writing in Romanian, and is the responsibility of the employer. Before the employee starts work, the contract should be registered with the relevant authorities and the employee should receive a copy.

Balabuti points out that the Labor Code makes it illegal to employ up to five people without signing individual labor contracts. Penalties range between RON 10,000 and RON 20,000 for each identified informal worker.

The bpv Grigorescu Stefanica attorneys questioned by BR say an initiative is underway to modify the Labor Code’s penalties for informal labor. Instead of the above-mentioned fines, the bill aims to impose penalties of RON 5,000, plus the total sum of the taxes and contributions that the employer should have paid over the previous year, had the informal worker been hired legally, on minimum wage. An employer who flouts the law should pay these contributions as well.

There is, however, a series of steps that the Romanian authorities could take to tackle the phenomenon of informal labor. Asked by BR, Catalin Micu, managing associate at Zamfirescu Racoti & Partners, suggests the law could be changed to give tax breaks to employers who hire a minimum number of people, so the taxes payable by the employer would fall, proportionally, as more staff members were taken on.

Other measures would be to extend the use of temporary contracts and make it easier for employers to end individual labor contracts unilaterally for economic or operational reasons, with the dismissed employee given several months’ pay in compensation, suggests Micu.

To crack down on informal labor and encourage employment, a government plan to subsidize salaries at firms that generate a minimum of 20 jobs was approved last Wednesday. The support will be provided for two years.

According to government officials, the new state aid scheme will grant non-reimbursable financing, which will cover salary costs (not exceeding the level of the gross average salary) over a period of two consecutive years, where at least 20 new jobs are created through an initial investment. The financing agreements through this framework can be issued until the end of 2020, and the de minimis payments will be made over 2015-2025, within the allocated budget.

“For companies that create at least 20 jobs, the state will pay half of the total value of salary expenses. We are not talking about reducing taxes or social contribution, but half of everything that is commonly called a salary,” said PM Victor Ponta.

The state first announced the measure at the beginning of February.

“2014 does not look set be a year of major modifications to the labor legislation. However, there are now several draft bills to modify the Labor Code on the agenda of the two chambers of Parliament. Examples include bills to establish new legal holidays, and to modify individual labor contracts in the public sector, the rights of temporary employees and the maximum length of individual temporary labor contracts, which have been subject to interpretation since 2011,” said Grigorescu and Randjak.