Australian Open: Romanian tennis players qualify for second round of the tournament 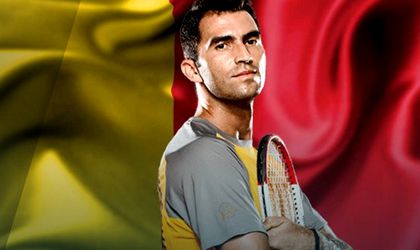 Great news for Romanian tennis players Horia Tecau (in picture) and Florin Mergea, both currently attending Australian Open. Romanian tennis player Horia Tecau and his doubles partner Jean-Julien Rojer, from the Netherlands, the first seeds of the men’s doubles competition of Australian Open, the first Grand Slam of the year, qualified on Thursday for the second round of the tournament after defeating Martin Klizan (Slovakia)/ Sergiy Stakhovsky (Ukraine) 7-5, 6-2, in just 64 minutes, reports Agerpres.

“They broke us on our second service game, but after that we didn’t face any more break points and started getting more opportunities on our return games and managed to convert at the end of the first set,” said Tecau for www.atpworldtour.com. In the second round, Tecau and Rojer, last year’s semi-finalists, are due to face the pair Benjamin Becker (Germany)/Dominic Thiem (Austria).

Also, the Indo-Romanian team Rohan Bopanna and Florin Mergea beat their young Australian competitors Omar Jasika and Nick Kyrgios in straight sets – 7-5, 6-3, to progress to Round 2 of the Australian Open. Playing the 18- and 20-year old all-Australian pair, Bopanna and Mergea were stretched slightly in the first set, with the home team, who hit twice as many aces, also more accurate with their serves, notes www.sportskeeda.com. Fourth-seeded Bopanna and Mergea will now play the Czech pair of Lukas Dlouhy and Jiri Vesely in their second round match.