At the crossroads of media and culture 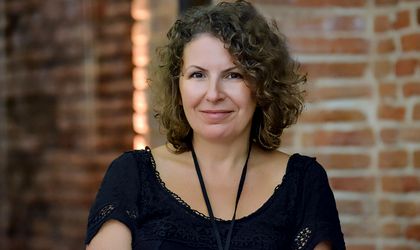 When she speaks about attracting private money in the public-funded cultural media sector, the director of Radio Romania Cultural Media Center, Oltea Serban Parau, means serious business. She told BR how costly is to maintain the high cultural standards and how much courage it takes to fight the public inertia, why the diversification of the cultural offer is the only way to overcome the uncertainty of future and what should be done to increase the awareness on Radio Hall’s excellent acoustics.

As the director of the Radio Romania Cultural Media Center, what main projects will you develop in 2015?

Our main goal for this year is to maintain and improve upon last year’s results, with the forthcoming editions of the Gaudeamus Book Fair and Caravans and the Grand Prix Nova International Festival. These are truly special events for us, as are the national music tours we organize, in a successful alliance of public and private sector. I am referring here to the tours The Travelling Piano, the Duel of Violins, the Magic Flute and Enescu’s Violin, which will be continued in 2015 – the detailed program can be found on the website of each project.

We have plenty of plans for 2015, yet we always bear in mind that such special projects as the ones I’ve mentioned here strongly depend on the financing sources that we are able to identify beyond the financial support of the Romanian public radio broadcaster.

But all these noteworthy outcomes are the result of cultural activity developed at very high levels, whether it’s the Romanian Radio Orchestras and Choirs, belonging to the two main cultural channels – Radio Romania Culture and Radio Romania Music – or the Radio Drama Department productions. It is very important for the audience to know and understand that these tours, festivals and book fairs all originated in a series of activities at the crossroads between culture and media.

Radio Romania is now a true power in the fields of culture and media. It is up to us, in the end, to convince our audiences of this through all our means, be it theater, the publishing house, Gaudeamus Book Fair or our on air, off air and online content. Yet it is not easy to convince them, because there is still a sort of “inertia” regarding receiving the content produced in this area: this is why it needs courage to say things, even to try to impose them.

Since your appointment as artistic director of the Romanian Radio Orchestras and Choirs in 2009, the institution itself and the Radio Hall have been attracting new types of audiences. What was your strategy to achieve these results?

The Romanian Radio Hall has become a cultural destination more and more frequented not only for the Radio’s events, but also for a series of other events hosted here, showcasing classical music, jazz and other genres. The hall has excellent acoustics and technical equipment.

And if people go to the Romanian Athenaeum because they see it as a symbol of Bucharest, what I have tried to do has been to increase awareness of the Romanian Radio Hall and transform it into far more than a place to come twice a week, on Wednesdays and Fridays for classical music concert. I think that the Romanian Radio Hall deserves far more than that, because what happens here has been demonstrated to reach a very high level both in artistic and creative terms. This was the case – just to give you a recent example – with the opera in concert Norma by Bellini, an event we have organized every January for some years now. The last one, held in January this year, ended in a very long standing ovation.

What plans do you have for Radio Orchestras and Choirs for 2015?

After the surprising box office success at the start of the year, with plenty of sold out concerts, we have big expectations. It is difficult to choose which to name of the recent concerts, but I will start with mentioning the two by the Romanian Radio National Orchestra which showcased two Stradivarius violins and two great violinists – Alexandru Tomescu playing Violin Concerto No. 2 by Mozart and Liviu Prunaru playing Violin Concerto No. 2 by Paganini. The famous Richard Galliano returned to the Romanian Radio Hall on March 8 to perform with the Radio Big Band..

In the fall, we plan a series of tours abroad with the Romanian Radio National Orchestra and the Romanian Radio Children’s Choir, in areas where Romanian diaspora is concentrated: in Spain (Barcelona) and Italy (Milan). I think we need the same ‘courage’ to go on in the future, even without the certainty of support in the future. Additional financial support from the private sector will be more than welcome now, when Radio Romania is deeply involved in promoting this field in such a consistent and constant way. In the cultural area you must always make concrete plans in advance, invite and convince cultural personalities to come and support your initiatives, despite the fact that you will not know with certainty until later what you are playing with  on the market.

And of course we will attend the George Enescu Festival – as we have done since the first edition, in 1958 – with our two orchestras and choirs who will perform Symphony No. 8 (Symphony of a Thousand) by Mahler, on September 2, at the Palace Hall. It is indeed a powerful concert and it is our great joy that we can come to this festival and show our strength, because with this symphony you can clearly show that you are a force, at least in terms of the number of artists on stage. We will also have at least two open-air concerts in 2015, in collaboration with ArCuB, on the occasion of the Bucharest Music Film Festival and in the George Enescu Festival Square.

It is also one of the most valuable choral ensembles in Europe, who will represent us in the European finals of the Let the Peoples Sing competition, organized by the European Broadcasting Union this autumn in Munich. Additional plans include a tour in March at the Evmelia International Music Festival IV in Greece. And we will continue – hoping that in the meantime we will find the financial support – with concerts in Italy, Germany and Switzerland, as well as in Bucharest, of course.

Romanian Radio Hall hosts more events than you can imagine. You can follow them through our iPhone and Android applications as well as on our website www.orchestreradio.ro.