Asking prices for Bucharest new apartments down by 8.4 pct in February y-o-y 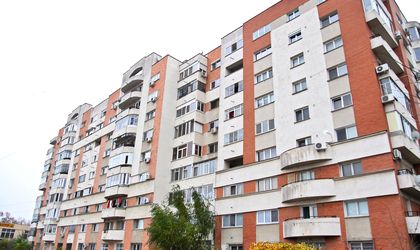 Bucharest is the only large Romanian city where house asking prices continued to drop so far this year, mainly due to an 8.4 percent decrease of new apartments’ prices, while the old apartment market reported a slight increase, according to data from real estate platform imobiliare.ro.

The average asking price for Bucharest apartments was EUR 1,034 per sqm at the end of February which was down by 2.3 percent against February 2014 (EUR 1,058 per sqm). Prices dropped by 0.3 percent compared to the previous month.  However, while asking prices for new apartments (mainly properties built after 2000) dropped by 8.4 percent in February 2015 y-o-y (to EUR 1,065/sqm), those for old properties increased by 1.3 percent (to EUR 1,004/sqm). Compared to the beginning of the year asking prices were down by 1.6 percent and up by 0.2 percent, respectively.

Outside Bucharest, asking prices have been on an upward trend.

In Cluj-Napoca, the average asking price is about 11 percent higher than 12 months ago, respectively EUR 958 (compared to EUR 862 per sqm). However, over the last month, owners’ expectations fell by 0.2 percent, from EUR 960 per sqm.

Timisoara lands the second position in the ranking of the highest increases registered over the past 12 months, with a difference of 5.7 percent between February 2015 and February 2014 (EUR 851 against EUR 805 per sqm). In February 2015, apartment prices in Timisoara increased by 1.4 percent (from EUR 839 per sqm).

In the largest city on the Black Sea, Constanta, housing prices rose by 4.2 percent last year (from EUR 849 to EUR 885 per sqm), while in February, there was a 1 percent increase (from EUR 876 per sqm).