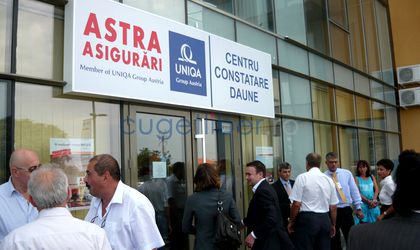 The Financial Supervisory Authority (ASF) filed at the Bucharest Tribunal a bankruptcy request for Astra Asigurari, for which the agency had earlier withdrawn the authorisation after the company’s financial recovery plan failed, according to Mediafax.

ASF’s request comes one day after Astra and its shareholders, the Nova Group Investments Romania and Epsilon Estate Provider, opened their own action in the Court of Appeal asking for annulment of the agency decision to close the procedure for recovery, establish insolvency and withdraw Astra’s authorization.

ASF’s decision in late August came after the company, under special administration, failed to attract RON 425 million in capital. Compensation will be provided by the Guarantee Fund.

Astra Asigurari shareholders had earlier asked ASF to withdraw the special administration and underwriting activity limitation imposed in May, stating funding would be attracted, but in two stages, up to September 2016. Adamescu also asked the financial agency to allow for Astra to take over AXA Life Insurance.

The insurance company was in the process of financial recovery since February 2014 with the special administrator KPMG Advisory.

“Sure there is money, there are only questions of procedure of verifying the claims, approving the level of clearing and settlement. We have already begun to take over cases from Astra. We have commandments every day with the situation, monitor applications and statements of service, both from the insured and Astra. We started to engage appraisers and organize our network throughout the country. We cannot make actual payment until the company declares bankruptcy, but we do manage files, we collect and approve them and when we will have the ability to pay, we will pay them. We have no resource issues,” ASF president Misu Negritoiu said.