Arthur Popa takes over as CEO of Baneasa Developments 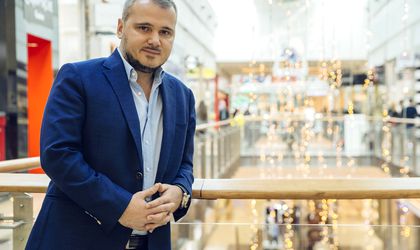 Starting in January 2016, Arthur Popa will be the new CEO of Baneasa Developments, a company that owns Baneasa Shopping City and Grand Cinema & More. He will replace Georgios Argentopoulos who takes office in the board of directors of the company.

Arthur Popa started work in Baneasa Developments in 2006 and in his new capacity will be responsible for continuing Baneasa Shopping City’s development strategy.

He occupied various leadership positions during his career with Baneasa Developments. In 2013 he was appointed chief operating officer (COO), coordinating the company’s operations. In June 2014 Popa obtained ICSC certification (Certified Shopping Center Manager), being among the first managers in Romania with this accreditation.

Last year the retailers from Baneasa Shopping City recorded EUR 205 million in turnover (excluding Carrefour), stagnating against the previous year. While big brands saw up to 10 percent hikes in sales, smaller retailers feel behind. When taking into account the results of Carrefour, IKEA, Metro, Brico Depot and Mobexpert, all present on the Baneasa platform, the project’s turnover reaches some EUR 500 million for 2014.