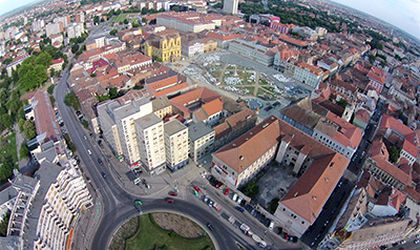 Art Encounters Foundation announced the opening to the public of Art Encounters, an event seeking to integrate Romanian contemporary art into international context.

Works by nearly 100 artists are exhibited in different locations including the Museum of Art, the Museum of the Revolution, a former Synagogue, a warehouse, an 18th-century army barrack and a former factory in the neighbouring city Arad. All venues transform the city of Timisoara into a large-scale contemporary art museum.

A number of artworks are addressing existentially-orientated speculations between knowledge, hope and faith. Visions of Ezekiel by Marian Zidaru and recent drawings by Ion Grigorescu illustrating biblical stories, are a good example for indeed unusual theological dimensions in contemporary art. A reference to loss and transience is marked by the presentation of small sculptural studies by Mihai Olos, who died in February 2015.

Nathalie Hoyos and Rainald Schumacher, Office for Art – Berlin, developed 2014 for the Manifesta 10 in St. Petersburg “Unlooped Kino”. A video anthology, which compiled for the first time works of the last decades from Eastern Europe, Europe and the US in a contextual framework. 2014 they curated “Fragile Sense of Hope”, an insight into the Art Collection Telekom, a corporate collection with a clear focus on art from Eastern Europe.

The Art Encounters Foundation was set up in 2015, by Ovidiu Sandor, art collector. The projects of the Foundation are ensuring support for the development of the contemporary art scene in Romania.