Art Encounters opens to huge success in Timisoara and Arad 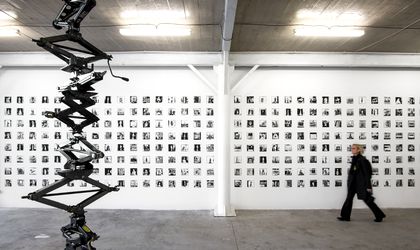 Over 10,000 visitors have enjoyed the contemporary art exhibits in Timisoara during the first two weeks of the event, organizers say, while the three expositions in Arad also received over 1,000 visits.

With a median of 600 visits per day, the event aims to attract a diversified public to see works of art of over 100 contemporary artists in unconventional places across the city stage.

Cazarma U proved to be the most appreciated location until now. The building was not accessible to the public in recent years, and now 11 of the most important galleries in the country were invited to present their artwork here.

Another unconventional but very visited location, is the synagogue in the citadel hosting a sound installation by Ioana Nemes. Although closed on October 6, the exhibit will be reopened every weekend due to its popularity.

“We are delighted that the Art Encounters event was so well received by the local community. The number of visitors in the first ten days exceeds our expectations. We hope that by the end of the month a wide audience will discover contemporary Romanian art,” said Delia Craciun, education program coordinator.

Works by nearly 100 artists are exhibited in different locations across Timisoara, including the Museum of Art, the Museum of the Revolution, a former Synagogue, a warehouse, an 18th-century army barrack and a former factory in the neighbouring city Arad.