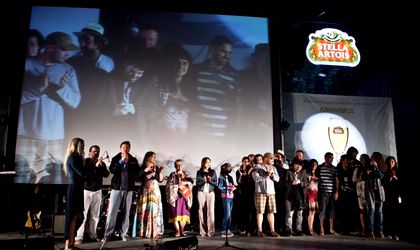 Anonimul International Film Festival that was hosted in Sfantu Gheorghe, the Danube Delta, for ten years, is now relocated in Bucharest, while the accommodation park that was used for the visitors and film-lovers is currently under reconstruction. The event will still take place, but in Bucharest, between August 12-17, keeping the Delta atmosphere, as the organizers promise at Verde Stop, 162-164 Barbu Vacarescu Street.

The festival keeps also its structure, including in the program the international film chapter, meaning awarded movies from other international festival, retrospectives, Romanian OFF section and the competition – for long-feature movies, short-feature movies and animations. The films’ selections are made by the Romanian film critic Irina-Margareta Nistor.

The Anonimul International Independent Film Festival Award will be given due to the public’s choice.