ANIS: Increasing domestic IT consumption can be done through the private sector 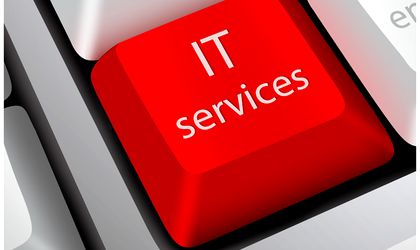 According to the latest ANIS (Association of Software and Services Industry Employers) study conducted by Pierre Audoin Consultants (PAC), the value of software and IT services revenue generated in the internal market is around EUR 931 million, representing 35 percent of the sector’s turnover. Segments generating the most are public administration (30 percent), industry (17 percent) and banking (14 percent).

The biggest growth opportunities for 2015 are on service sectors and consumer products (estimated growth of 9.8 percent) and the industry (8.1 percent). In the medium term, until 2018, three sectors will continue to be the biggest buyers of technology, each recording an estimated increase of 10 percent.

“The main source of growth for domestic software and IT services are technology investments in the private sector. It is the only chance for this segment to have increased competitiveness, especially for SMEs, given that we expect government purchases to be in a slight decrease this year,” said Valerica Dragomir, executive director of ANIS.

Expected growth for 2015 turnover generated by the software and IT services in the internal market is about 10 percent, according to estimates ANIS.

In 2014, total revenues of the companies producing software and IT services in Romania amounted to EUR 2.42 billion, with an estimated 14 percent increase for 2015.

The Software and IT Services in Romania study was conducted from February to June 2015, and is at its second edition. The first edition of the study was published in November 2013.

ANIS was established in 1998 and has over 120 members, including small and multinational companies with Romanian or foreign capital, with offices in all major IT centres in the country. The association represents the interests of Romanian IT companies and supports the development of Romanian software and services industry and increasing both the companies involved in outsourcing projects, and those that generate intellectual property by creating products.