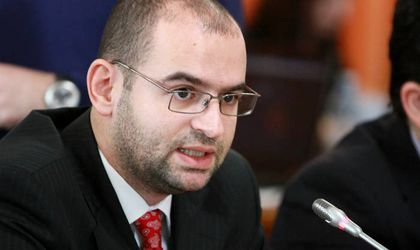 The head of the National Agency for Integrity (ANI), Horia Georgescu, has resigned from office, said his lawyer Cristian Ene as quoted by Agerpres.

Georgescu’s resignation is to be registered on Tuesday at the Cabinet of the Senate President.

“Horia Georgescu handed us his resignation as head of ANI and we are going to register it at the Cabinet of the Romanian Senate President later today. This was his own initiative, which he justified by saying that he didn’t want to affect the ANI image in any way. Even if he believes he is not guilty of the charges that were brought upon him, he wants to avoid any damage to the image of the institution,” Cristian Ene said on Tuesday morning.

The lawyer added that he had a two-hour long discussion on Monday evening with Horia Georgescu, as currently held in arrest by the Bucharest Police, and they established the strategy they are going to use in defense against the arrest proposal formulated by the National Anticorruption Directorate (DNA), to be judged by the High Court of Cassation and Justice on Tuesday.

Horia Georgescu was brought, with warrant, on Monday, to the DNA to be heard about the National Authority for Property Restitution. The quoted sources say investigations are being conducted into abuse of office with extremely serious consequences in relation to those who were members of the Central Commission for Compensation Establishment, with the prejudice under this file amounting to EUR 75 million.

On Tuesday, Georgescu was to be brought before the High Court of Cassation and Justice with a proposal for preventive arrest for 30 days.