And action: red carpet rolled out for TIFF 2014 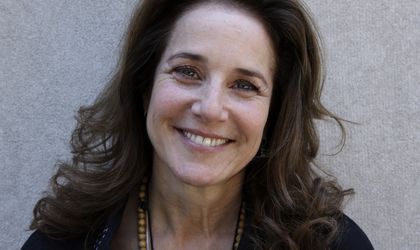 Organizers of the most prestigious entry on the country’s film calendar, Transylvania International Film Festival (TIFF), have announced details of the schedule and guest stars.

Two hot-ticket events will open and close the 13th Transilvania International Film Festival (TIFF), in Cluj-Napoca’s Unirii Square. On May 30, the opening ceremony will feature the premiere of a Best Film Oscar nominee, Philomena, from Stephen Frears. Meanwhile, on the last day of TIFF, June 8, moviegoers can finally see one of the most highly anticipated cinematic events of the year, Boyhood, a one-of-a-kind experiment that earned Richard Linklater the Silver Bear for Best Director in Berlin.

During the festival, US actress Debra Winger (in picture) will receive a Lifetime Achievement Award. The same trophy will also go to the Polish filmmaker Krzysztof Zanussi, while the Excellence Award will be presented to Romanian actor Florin Zamfirescu at the closing ceremony, which will take place on June 7 at the National Theater.

Nicolas Philibert is the special guest of the 3X3 section of TIFF. Three of the Frenchman’s documentaries will be screened in Cluj along with works by Peter Solan and Iulian Mihu, the other two filmmakers celebrated at the festival in 2014. The movies are Être et avoir (2002), shot over a whole year in a French mountain village and featuring the teacher of the only class there, his pupils and their parents, the director’s breakthrough work; Nénette (2010), the story of a female orangutan in a Paris zoo, when she reached the venerable age of 40; and La maison de la radio (2013), his most recent film, which explores the behind-the-scenes activity of Radio France and its invisible tool, sound.

Five special events bringing the music of cinema to unconventional spaces, will take place: Faust screened in a Church, by one of the most popular and influential organ players in the world Martin Schmeding, Battleship Potemkin accompanied live by the daring sounds of turbo-polka-ska Austrian band Russkaja, a reinterpretation of the film version of 1984 by British band Teeth of the Sea, a visual history of 3D film by Stefan Droessler, director of the Munich Filmmuseum and one of the top experts in the evolution of the stereoscopic image, and a visual show inspired by Maria Tanase, interpreted by the Bălănescu Quartet.

The Romanian Days section will include 22 local stories, 14 features and 8 shorts, some of them world premieres. Four out of the 14 feature films are world premieres: White Gate, directed by Nicolae Mărgineanu and starring Cristian Bota, Sergiu Bucur and Bogdan Nechifor, tells the dramatic story of two Romanian students who, in 1949, ended up in the forced labor camp of the Danube-Black Sea canal. In The Crypt, the new feature film by Corneliu Gheorghiță (Europolis), a French businessman is imprisoned in a courtyard. A Last Year in 114 Minutes marks the feature debut of visual artist Daniel Djam, whose work chronicles the last year in his grandmother’s life.

TIFF will take place from May 30-June 8 in Cluj-Napoca. After the festival, the movies will go on tour to several cities around Romania, including Bucharest.