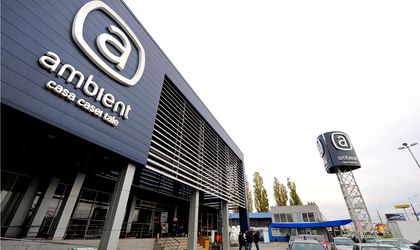 After undergoing a restructuring program two years ago, Romanian construction materials distributor and DIY retailer Ambient has grown to  sales worth EUR 150 million in 2012, marking a cumulative increase of more than 47 percent compared to 2010, the company has announced today.

This led to the company reporting net profit in 2012 for the first time over the past three years, said company representatives without disclosing the actual figure.

The 47 percent sales growth was organic as over the mentioned period the company has not opened any new stores, nor does it have concrete plans to open new outlets in 2013.

Ambient runs a network of 12 DIY stores and 15 warehouses and logistics centers which are located mostly in Transylvanian cities. In 2012 the company generated some 55 percent of its sales through the DIY network of stores and the remaining 45 percent represented B2B sales which Ambient says is its target segment.

The company celebrates its 20 year anniversary in 2013.