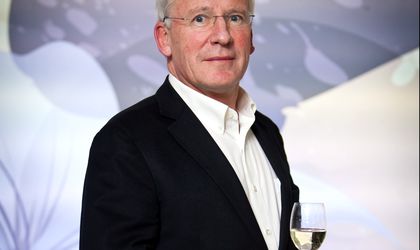 Alfred Michael Beck, managing partner of Austrian AMB Holding and shareholder of the S+B Gruppe property developer, talked to BR about some of the alternative investments in agriculture and energy he is planning locally and shared the scoop on an EUR 80 million real estate project the companies intend to develop near the Otopeni airport.

Why did you decide to invest in Romania in the first place and what did you begin with?

I have been active in Romania since 1990. I started with a duty-free zone in Constanta but due to the political context we had stop this business pretty soon. We came back about 12 years ago with my core business, which is development of real estate. By education I am an architect. This is something we have done in other places in Central and Eastern Europe. But also for more than 20 years I have been very active in agriculture and forestry and other alternative investments. Along with S+B Gruppe, I would say we have invested more than EUR 200 million in Romania so far. The farming, forestry and winery investments have been made through my private holding, AMB Holding, while the real estate projects are developed by S+B Gruppe, in which AMB Holding is a 50 percent partner.

What real estate projects do you have in Romania right now and what are the future plans in this direction?

InRomaniawe haveMagheru Blvdwhich is a combined office and retail project. We are just finishing it. We have also bought a series of plots of land. The main target is, once the market recovers, to use all the land we have bought already more or less for retail projects. We own about 80 hectares of land for real estate projects. For example, we have a plot of land just in front of the Otopeni airport inBucharest, of 46,000 sqm. Along with S+B Group we are planning a mixed project – hotel, office and logistics. We will invest some EUR 80 million there. Beginning work on the site depends on getting the building permits.

In what other regional countries are you present?

We started operations in the Czech Republic in 1986. Parallel with that, in 1988 we began inHungary. We are also active inRussiaandPolandand we have set up a business in Ukraine. But the largest country we have invested in so far isRomania. What attracted us here were the people. From the very beginning I had a very positive impression of the people, even contrary to that of my colleagues. The challenge in the beginning was to overcome the idea that we, as investors, were here just to bring money.

What can you tell us about your agriculture business in Romania and what other alternative investments are you planning?

We own 700 hectares of farmland in the region of Oltenia on which we mainly grow cereals. We started this business five years ago and we were very lucky to buy a compact plot of 650 hectares. The optimum target for the machinery we bought is to reach a total surface of about 1,000 hectares, which I think will be accomplished in a couple of years. We have now started to buy again but I am also open to partnerships. We have bought restitutional rights for forests and hope to finally gain a minimum of 1,700 hectares. For me, agriculture is an alternative investment and a long-term one.

Energy is another such investment. We are considering a project to grow wood for energy and we are also looking into wind and water energy. Along with a partner we have a patent for wind energy and small water energy plants which is being tested inSwitzerlandandAustria. If it works as we expect we are planning to implement this locally.

How did the story of Liliac wine begin and what are your plans for this business?

One of the employees here was getting the part of the vineyard we now own back under restitution procedures, but wanted to keep just one hectare for himself. This is how it began. However, what followed has proved a challenge because winemaking is much more complicated than I thought and than any other type of agriculture. But we hired very good consultants. At the end of last year we will have invested about EUR 6 million. I think in about two to three years we will reach a stable level and make it profitable in terms of working costs. Again, this is a long-term investment with no deadline to recover the money invested and no plans to sell. But I am very optimistic because 50 hectares of vineyard is not that little and is not a hobby.