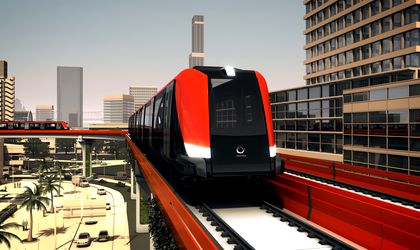 Alstom closed the sale of its energy activities (power generation and grid) to General Electric for an amount of some EUR 12.4 billion, company representatives announced. Consequently the group is today entirely refocused on rail transport.

“Focusing solely on rail transport, Alstom will become stronger and more flexible. Innovative products will complement the existing range of Alstom, and our customers and partners in Romania will benefit from more and more of the advantages of working with the only manufacturer that covers all areas of the sector,” said Gabriel Stanciu, general director of Alstom for Romania and Bulgaria.

The company was involved in different power plant projects in Romania, including the modernization of some units in Turceni, Bucharest South, Braila, Deva power plants and construction works in the Rovinari power plants, the contracts adding up to EUR 445 million.

Works on power grids included rehabilitation and modernization works on various Transelectrica grids between 2005 and 2009.

“Proceeds of the transaction are used to acquire GE signalling activities for an amount of approximately EUR 700 million and to reinvest in 3 joint ventures with General Electric (in the fields of grid, renewable and French steam & nuclear) for an amount of around EUR 2.4 billion. As previously announced, part of the cash – in the range of EUR 3.2 to EUR 3.7 billion – should return to shareholders,” a company statement showed.

Alstom’s main activity remains in integrated railway systems. It recorded sales of EUR 6.2 billion and booked EUR 10 billion of orders in the 2014/15 fiscal year. Headquartered in France, Alstom is present in over 60 countries and employs 32,000 people today.